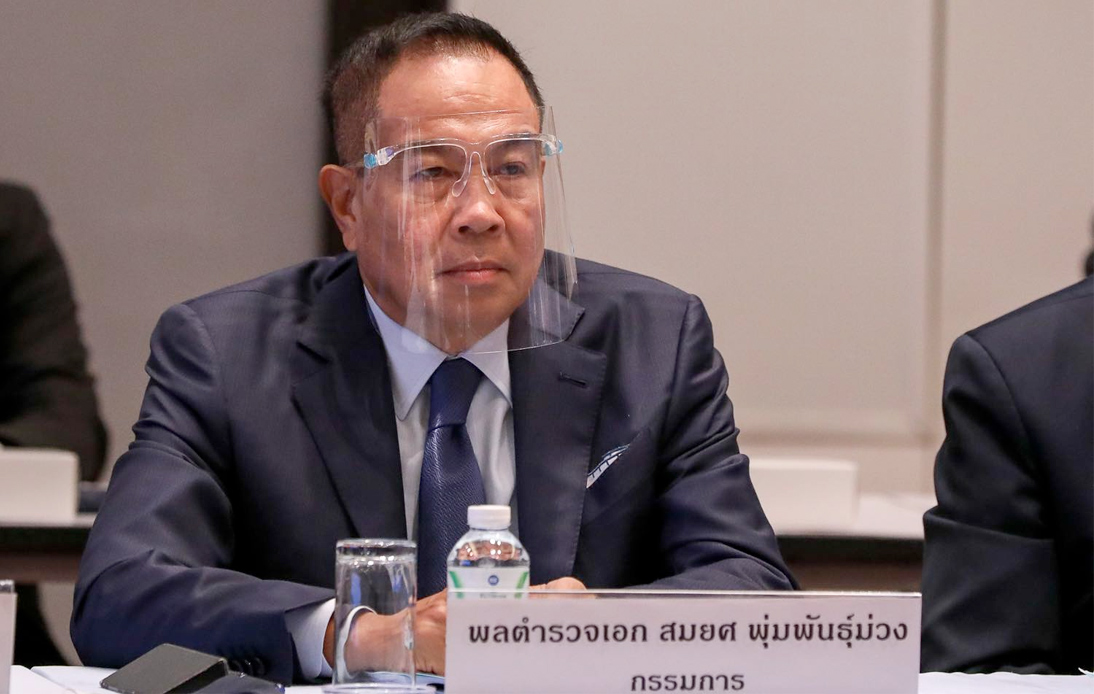 Both have been accused of corruption, as they allegedly ordered an officer to alter the actual speed at which Vorayuth was driving his car in the accident that ran over and killed a motorcycle police officer.

Prayut Chan-o-cha and other officials suspected possible corruption among those involved in the case. In response, they launched an independent inquiry led by Vicha Mahakun, a legal expert and former national anti-corruption commissioner, in 2020.

Subsequently, the royal police appointed a special committee to investigate the case, which made national headlines after it was discovered that “Boss” was a Red Bull scion and an heir to one of Thailand’s wealthiest families.

On Wednesday, Pol Colonel Thanasit Daengjan, the investigation officer in Vorayuth’s case, reportedly presented an audio clip to the committee showing that Pol Gen Somyos and Thanit had tampered with the information about the car’s speed.

The former police chief and attorney reportedly told the investigating officer to change the speed from 177 kilometers per hour to just 76 kilometers per hour, causing prosecutors to drop the reckless driving charge involving death.

“The reported reduction in car speed was the reason why the public prosecutor decided to drop the charge of reckless driving against Vorayuth,” said Police Internal Affairs chief Pol General Wisanu Prasatthong-Osot, who chaired the committee.

The billionaire heir managed to escape and fled Thailand in 2017, heading to Singapore, where he abandoned his private jet.

The committee would carefully analyze the clip and interview Pol General and lawyer Thanit while conducting further investigations to determine if other people were involved in the alleged corruption case, Wisanu stated.

Meanwhile, National Police Chief Suwat Jangyodsuk approved a request to extend the deadline for the committee’s investigation until November 10.

“The committee is expected to reach a conclusion before the deadline,” Wisanu added