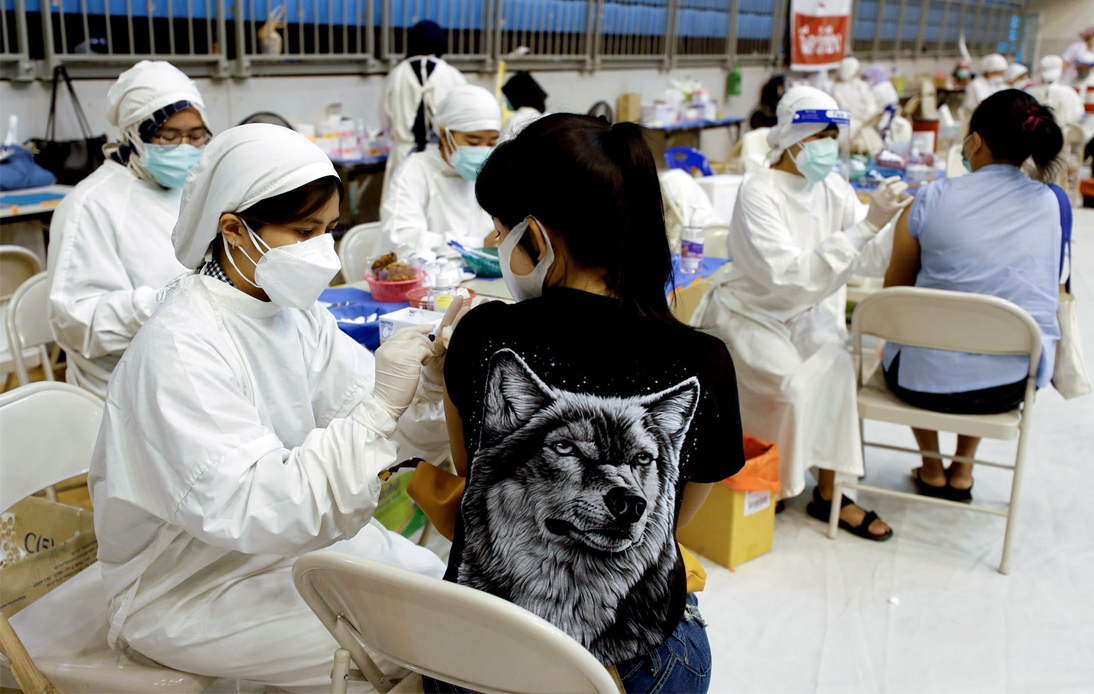 Health authorities have accelerated Covid-19 vaccinations with fourth doses in tourism-dependent regions as Thailand prepares to reopen its borders in February.

The Public Health Ministry said officials in 10 provinces had started administering AstraZeneca and Pfizer shots to residents who had already received their third dose at least three months ago.

According to official data, more than 800,000 fourth doses have been administered among health workers and people in vulnerable groups so far.

The ministry initially planned to offer the fourth Covid-19 vaccine only to health personnel and people in high-risk groups. However, the Department of Disease Control has decided to roll out vaccinations with the fourth dose for the general public in ten provinces, deputy government spokeswoman Rachada Dhnadirek said.

Also, people vaccinated with two AstraZeneca shots and a Pfizer booster should receive Pfizer as a fourth jab.

Official data shows that around 17% of the country’s 70-million population has received three Covid-19 jabs, while 69% have been double vaccinated.

Thailand is one of the few countries to offer a fourth Covid-19 vaccine. The short list also includes Chile and Israel.

The government stated that administering fourth doses would boost the country’s efforts to protect local communities and reopen its pandemic-hit tourism sector.

It recently announced that the quarantine-free tourism program would resume from February 1. The Test & Go scheme helped attract over 350,000 foreign tourists in two months, but it was temporarily suspended due to concerns over the more transmissible Covid-19 Omicron variant.

On Monday, Thailand reported a third straight day of falling cases, with 7,139 detected in the last 24 hours.