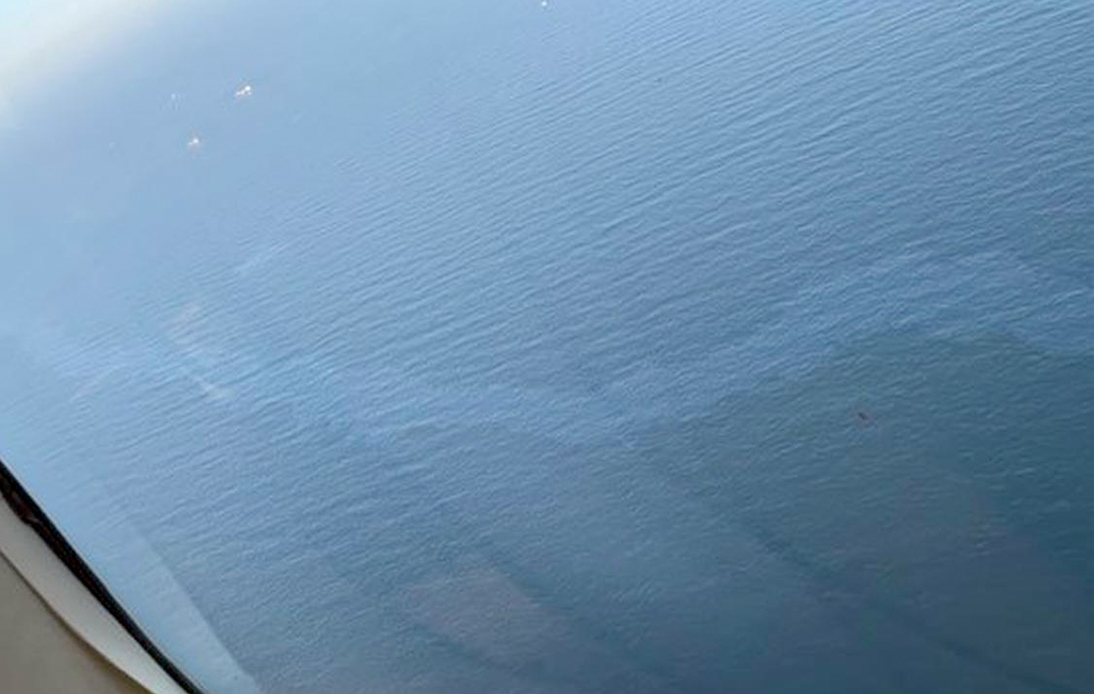 The Marine Department and the Royal Thai Navy have been ordered to take immediate action to prevent an oil leak from a sunken tanker in the Gulf from reaching the coast in Chumphon and Prachuap Khiri Khan provinces.

The Por Andaman 2, a Thai oil tanker carrying 500,000 liters of diesel oil, started to take on water while anchored in the Gulf some 24 nautical miles from the Chumphon Estuary. The ship sank around 7:15 p.m. Saturday to a 50-meter depth.

A nearby boat rescued all crew members, including Captain Wayu Moryadee, but strong winds and rough seas disrupted efforts to recover the crashed tanker.

Oil began leaking from the Por Andaman 2, owned by Samut Prakan-based Thai Laemthong Fishery Oil Trade Co, and was swept by currents and waves towards the coasts of Pathieu and three Prachuap Khiri Khan districts. It is not yet clear how much oil remains in the sunken ship.

According to Navy spokesman Vice Adm Pokkrong Monthatphalin, the oil slick was about 10 kilometers long and moving in a northerly direction.

Also, the Marine Department declared the location around the sunken ship a dangerous and off-limits area to any vessels not involved in cleanup operations.

It also worked with the Tor 114 patrol boat and a plane to contain the oil slick using a solvent on Saturday night.

Later, Deputy Transport Minister Athirat Rattanaseth said he had ordered the department to notify the shipowner to prepare chemical dispersants and booms to further contain the spilled diesel.

On Sunday, oil was reported to be drifting towards the coastline in Chumphon’s Pathiu district and three neighboring Prachuap Khiri Khan districts to the north: Bang Saphan Noi, Bang Saphan and Thap Sakae, Mr. Athirat stated.