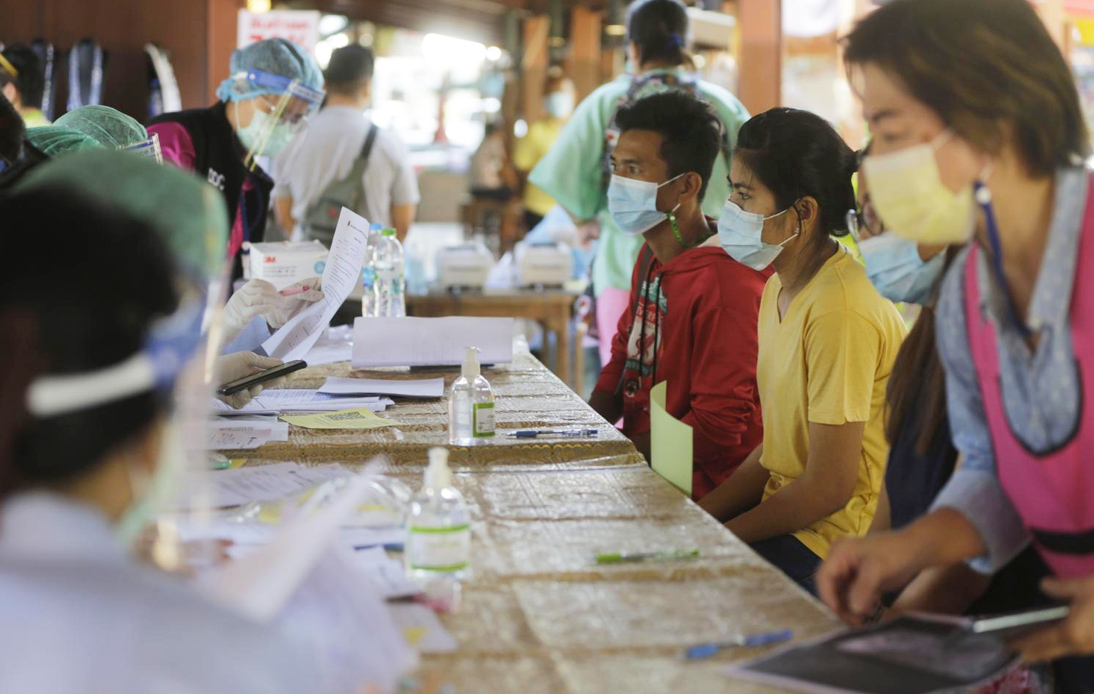 On Sunday, the government reported 121 new COVID-19 cases, saying that 94 of them were local transmissions and another 18 among migrant workers, bringing up the total accumulated since the start of the pandemic to 6,141.

The spokesman for the Center for COVID-19 Situation Administration Dr. Taweesilp Visanuyothin said that eight new cases were quarantined, apart from the local transmissions and the infected migrant workers.

One of the new cases is a Myanmar driver who has already been sent back to his homeland.

There are new cases linked to the outbreak’s epicenter in Samut Sakhon province. Those include 16 infections in Bangkok, 11 in Nakhon Pathom, eight in Rayong, five in Phetchaburi, three in Ratchaburi, two each in Krabi and Nonthaburi, and one each in Nakhon Sawan, Narathiwat, Pathum Thani, Samut Prakan, Khon Kaen, Saraburi and Surin.

The cases of local transmissions included 28 in Rayong, three each in Phetchaburi and Tak, two each in Nakhon Pathom and Nonthaburi, and one each in Bangkok and Samut Songkhram.

Dr. Taweesilp said that 49 other people in Rayong were suspected to have contracted the virus and were pending confirmation from laboratories. Those cases are linked to a suspected gambling den.

“The key to contain the disease now rests with cooperation from all Thai people and all migrants in the country,” he said.

Of the total 6,141 cases, 4,161 (67,96%) have recovered, including discharged over the past 24 hours. Besides, 1,920 were receiving treatment, encompassing Myanmar workers quarantined in their dormitories, and the death toll remains unchanged at 60.

The number of accumulated local cases rose to 4,173 and infected migrant workers infections increased to 1,356, mostly in Samut Sakhon province.