Government To Accelerate Inoculations of 210,000 Teachers 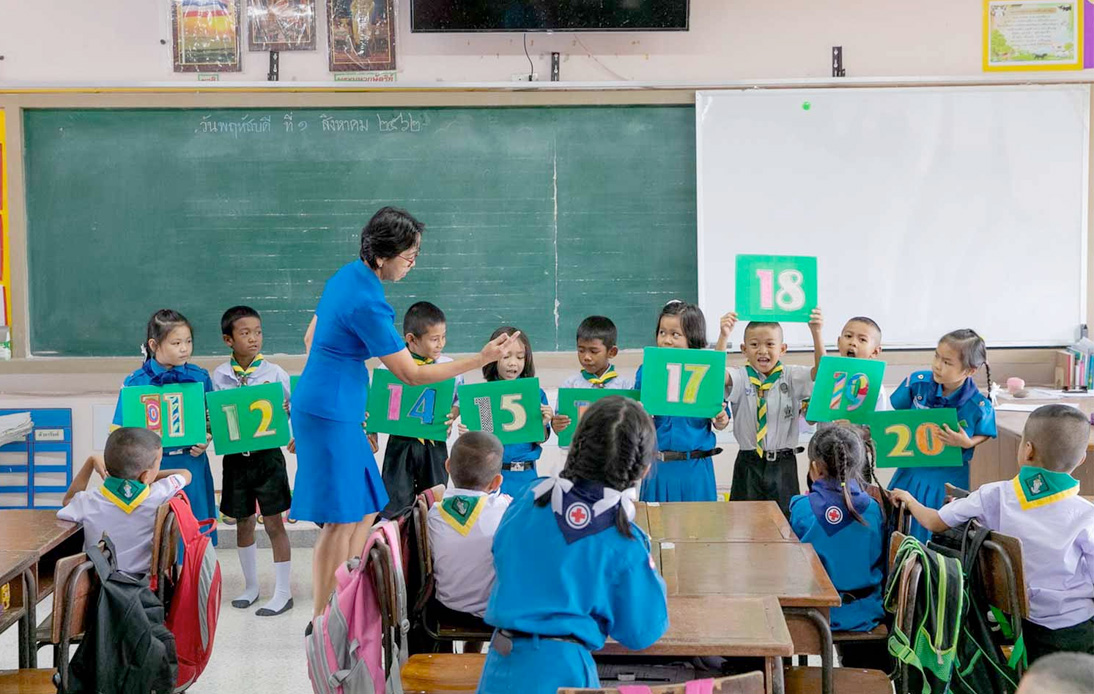 The Ministry of Education announced that it would speed up vaccinations to 210,000 teachers, expecting all secondary schools and vocational course students to receive two doses of a Covid-19 vaccine by November 15.

Health officials and the Disease Control Department would later assign the corresponding vaccines to inoculate over 210,000 non-vaccinated teachers, he added.

Mr. Suphat also said that the Food and Drug Administration (FDA) had approved a proposal to give Moderna and Pfizer mRNA vaccines to students aged 12-17.

“The government will allocate enough vaccines to students. The ministry also expects students will be fully vaccinated by November 15, so it will be possible for students to summarize their school life in the second semester of the academic year 2021,” he stated.

The National Health Security Office (NHSO) will compensate those students who show side effects. However, based on current vaccination data, the chances of Pfizer vaccine adverse side effects in children are low.

As children aged 12 and over are inoculated, doubts about vaccinations for 360,000 elementary school students who are roughly the same age but study Grade 6 level have increased.

Mr. Shupat explained that they could be vaccinated next month, but health officials must wait for approval from the FDA, which has launched an investigation into Pfizer jab’s use in children.

The United States and some European countries have approved the Pfizer vaccine’s use for three-year-olds after authorizing its administration to 12-year-olds. However, more studies are still needed to ensure the jab is completely safe, said Sarawut Boonsuk, deputy director-general of the Health Department.

According to US data, a short-term study showed that the Pfizer jab could cause myocarditis among male recipients aged 0 to 19, with a higher incidence in those who get a second shot.

Researchers found one case in a million vaccinated people, but the patient has successfully recovered since then, Mr. Sarawut added.