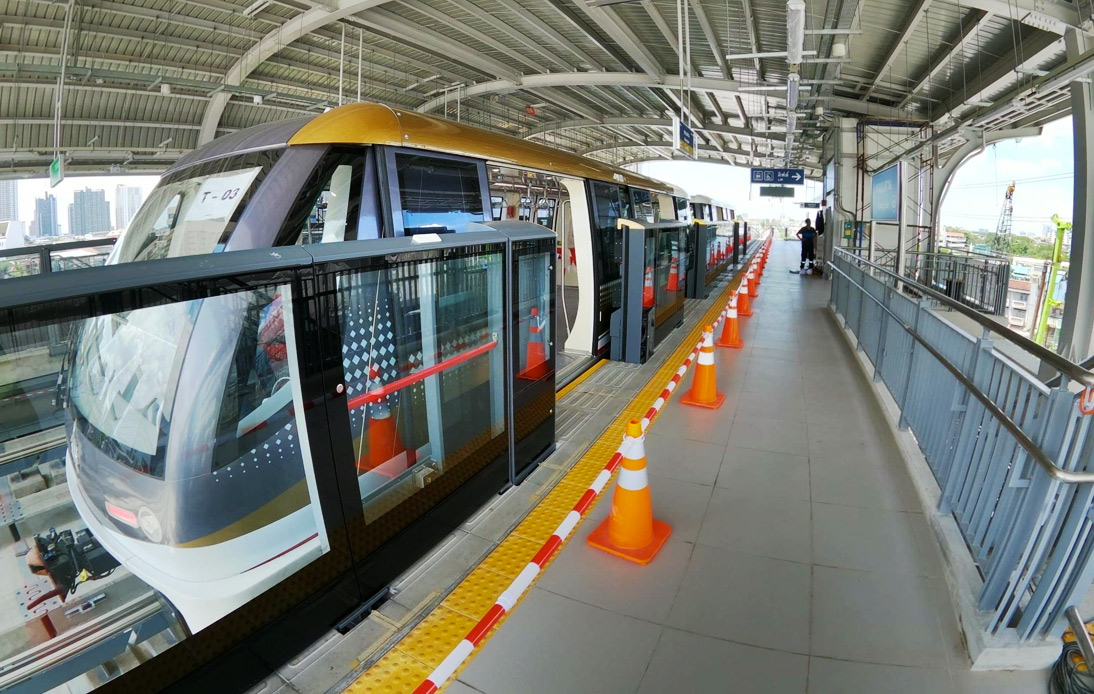 Travelers will be able to enjoy free rides for a time on the new extension of the Green Line extension and the Gold Line, the two new rail routes inaugurated on Wednesday of the country’s first driverless monorail.

This railway route is 1.8 kilometers long.

The Gold Line is owned by Krungthep Thanakhom, a subsidiary of the Bangkok Metropolitan Administration, and operated by BTS Group Holding Plc under a 30-year contract.

He also took a test ride from Krung Thon Buri to Charoen Nakhon.

Krung Thon Buri is the interchange with the two lines. The Gold Line, the country’s first unmanned monorail, is expected to carry 42,000 passengers a day.

The opening of the Khu Ko extension completes the Sukhumvit route.

In September, the Governor of Bangkok, Aswin Kwanmuang, said: “The Gold Line will help improve public transport in the area, which is fast-growing and home to not only high-end property development projects like Iconsiam but also cultural tourism sites.”

He also said that after the free rides, a flat fee of 15 baht would be charged.

As for the Green Line, Prime Minister Prayut Chan-o-cha said yesterday that there are ongoing negotiations to lower the Green Line fare. These statements, made during the inauguration ceremony for the route of its electric train, come after the fare was criticized for being too high.

The fare to be charged on the Green Line extension will be capped at 65 baht per trip compared to 42 baht for the Blue Line, according to Bangkok Mass Transit System Plc (BTSC).

Gen Prayut said that people must wait for the results of the negotiations and that the issue should not be politicized, stating that the government would intervene to solve the problem but that the rules must be respected.