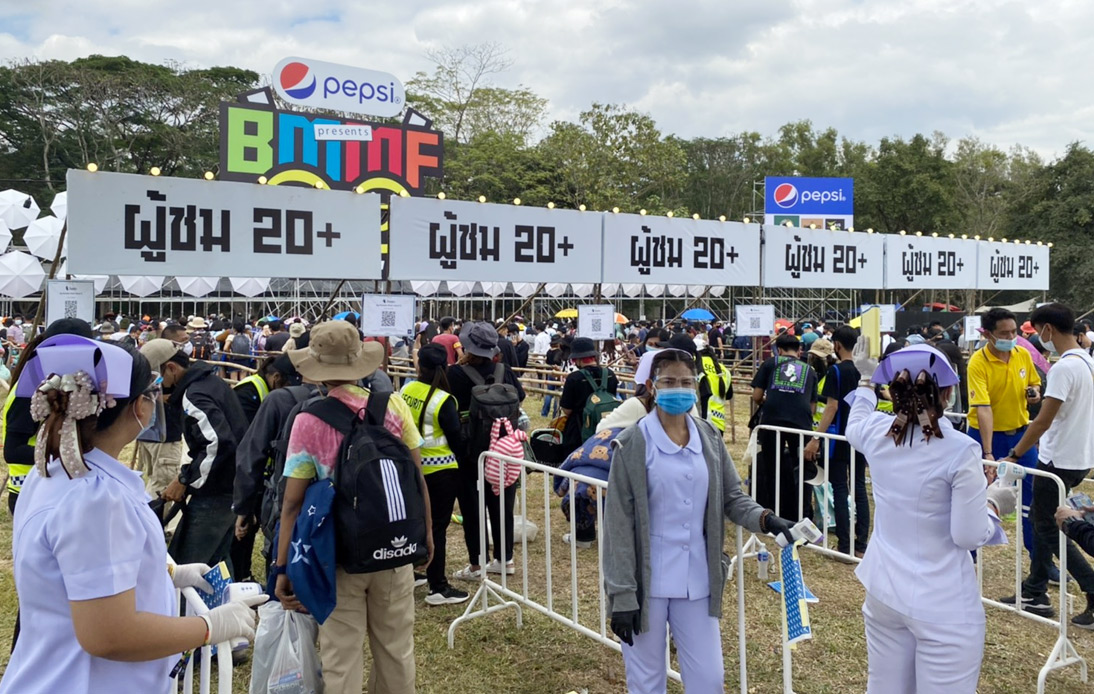 The organizers of the Big Mountain Music Festival have been accused of defying an order to shut down the show.

Provincial health authorities registered a complaint with the police in Pak Chong district on Monday. Provincial Police Chief Pornchai Nalawachai said the communicable diseases committee had asked Pak Chong police to press charges against those involved in the concerts.

He said the organizers would be accused of defying the committee’s order to close the festival.

The committee is chaired by Provincial Governor Wichien Chantharanothai. The charge of defying the committee’s order carries a maximum penalty of one year in prison and/or a 100,000 baht fine.

Although Pol Maj Gen Pornchai did not name the accused party, Big Mountain is known to have been hosted by GMM Grammy Plc.

Pol Maj Gen Pornchai said the decision to take legal action against the organizers was made after ignoring the shutdown order and letting the shows continue while they negotiated with officials.

On Sunday, the committee ordered Big Mountain to close the crowded event at 2:00 p.m.

It was because many people were not wearing masks and were ignoring social distancing rules to prevent the spread of the virus. However, the organizers appealed against the closure, trying to negotiate with officials.

Later, around six in the afternoon, the panel again ordered it to be closed, but the concerts continued until 10 at night.

Organizers had argued that there could be chaos if the event was abruptly canceled, Pol Maj Gen Pornchai explained. There were 30,000 people at the Ocean Khao Yai Golf Club, the site of the festival.

The closure of Big Mountain raised questions about other events planned before the New Year.

However, Public Health Minister Anutin Chanvirakul and the Center for the Management of the Covid-19 Situation said on Monday that all New Year events could take place, but within strict rules.

Concerts and other activities are allowed, but organizers and revelers must follow strict measures to prevent spreading the virus, and they must get prior permission from the provincial governor.

Pol Maj Gen Pornchai said that the festival organizer would be summoned and formally notified of the charge at Pak Chong Police Station.