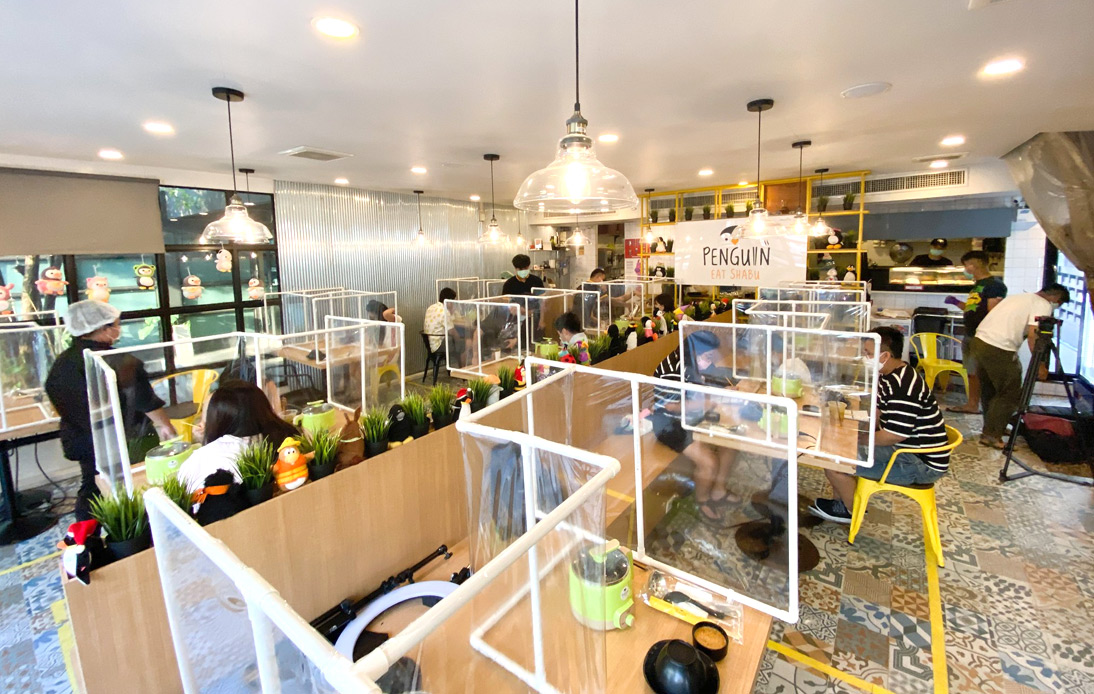 Health officials announced Friday that they had been considering easing COVID-19 restrictions, which could allow the partial reopening of restaurants in the worst-hit provinces, including Bangkok, Chiang Mai, and Chon Buri.

Authorities are expected to make an official announcement on Saturday.

Taweesilp Visanuyothin, a spokesman for the Center for Covid-19 Situation Administration (CCSA), said that the COVID-19 task force had considered allowing restaurants to welcome diners back. They also examined authorizing dining-in on a limited basis in six provinces classified as dark-red zones for coronavirus control.

Other measures could include one person per table and opening with only 25% of the tables.

The government has also been considering allowing convenience stores and shopping malls to stay open for an extra hour, until 11:00 p.m. and 9:00 p.m., respectively.

Authorities banned on-site dining, announced the closure of some venues, and limited gatherings to just 20 attendees two weeks ago.

However, members of the national coronavirus task force discussed on Friday the current tight restrictions, focusing on food stores and restaurants, in a bid to reduce their economic and social impact.

But any decision to relax the coronavirus control rules must be in line with plans to curb the spread of the disease, said Dr. Taweesilp.

Options that were considered at Friday’s meeting also included enabling restaurants or eateries to have seating at 25% of their capacity until 9:00 p.m. Under the new measures, take-out services would be authorized until 11:00 p.m.

Nonetheless, alcohol consumption on the premises would remain prohibited.

Health officials did not discuss the possibility of easing the mandatory mask-wearing, enacted under a fine of 20,000 baht for those who violate the mandate. Dr. Taweesilp stated that the details of what provincial authorities decide to do in each jurisdiction were likely to be announced on Saturday.

Although the country’s COVID-19 spread rate shows no signs of decreasing, the government must face the economic wounds that the pandemic has caused.

The decision to approve the restaurants’ reopening and on-site dining hours extension rests with Prime Minister Prayut Chan-o-cha, in his capacity as director of the CCSA. Restaurant operators have called on the prime minister to ease restrictions, helping them and their employees avoid financial ruin.