Heavy Traffic on First Day of the Songkran Holidays 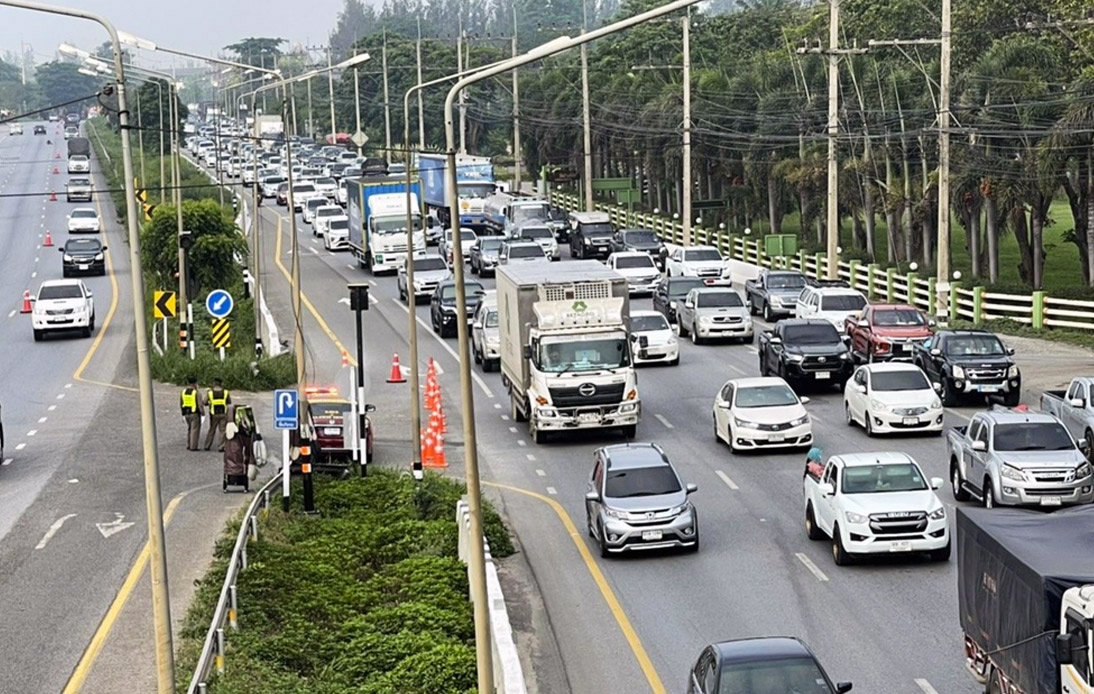 Tourists traveled in droves on Saturday to visit different parts of Thailand on the first day of the Songkran holiday despite constant calls from the government to prevent the spread of the virus amid a sharp increase in infections.

Traffic was heavy all morning on the road leading to the Ao Thammachart ferry pier in Laem Ngop district on Saturday.

Reports indicated that more than 300 vehicles were waiting in the parking lot to take ferries to Koh Chang as of 11:30 a.m.

Traffic was backed up more than 200 meters from the Laem Ngop district office to the pier. There was also a build-up of traffic on another route from Khao Saming district to the pier, with 500-meter tailbacks.

The waiting time to board a ferry was estimated to be two hours at noon.

Over 3,500 vehicles were expected to reach the island on Saturday through the ferries. Somsak Waisung-noen, a tourist from Nakhon Ratchasima, said that he was taking a break with ten members of his family.

He said the group of people had spent the night in downtown Chanthaburi before leaving for the pier, expecting to catch the ferry to Koh Chang.

Somsak stated that he was aware of the COVID-19 situation in the country and the growing wave of infections but assured that he was not concerned because he and his family had adequately prepared to protect themselves. He said they planned to stay on the island for at least three days before returning to Nakhon Ratchasima.

As people begin their trips to their hometowns, Pak Chong and Sikhiu districts become congested. In Pak Chong, the highway police opened more lanes to facilitate the vehicles flow at three locations in Tambon Klang Dong.

A recently-opened 36km section of the new motorway between Bang Pa-in and Nakhon Ratchasima has also seen a lot of traffic between Pak Chong and Sikhiu.

At least 400,000-500,000 vehicles are expected to travel in Mittraphap’s inbound and outbound lanes each day of the vacation holidays that end on Thursday. Meanwhile, special lanes will be opened on the highway heading to Nakhon Ratchasima to ease northwest traffic.