Jab Registration for Foreigners Set To Start on June 7 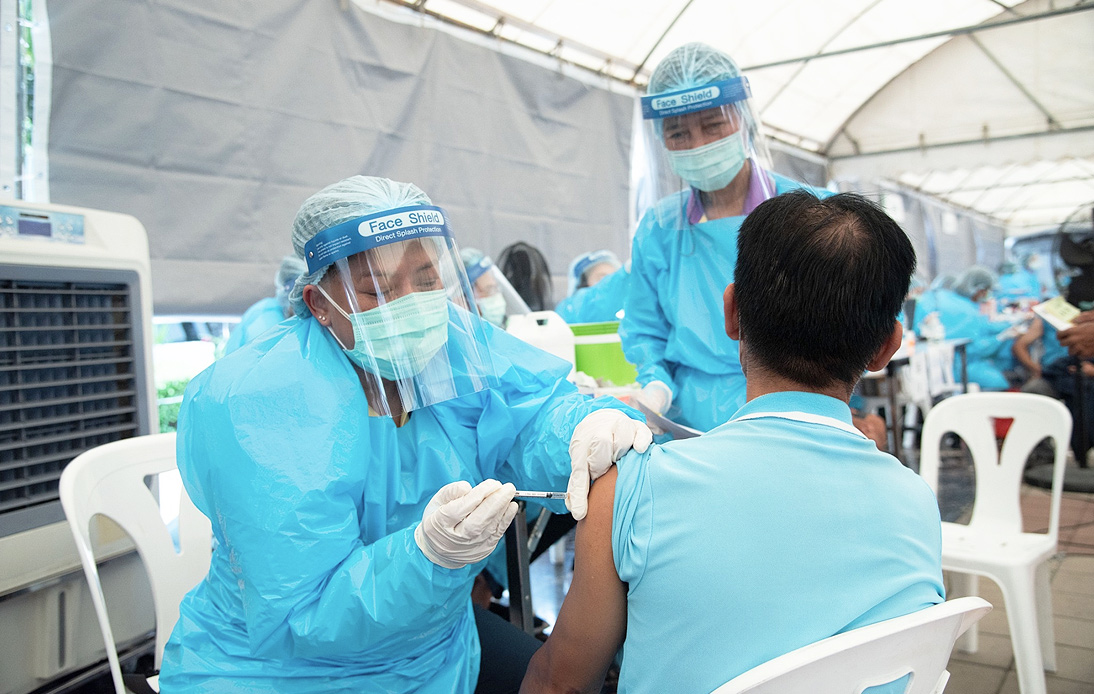 All foreigners in Thailand could register at vaccination centers or hospitals to get COVID-19 shots as of June 7, when the mass inoculation campaign begins, a Foreign Ministry spokesman said on Friday.

Deputy spokesman Natapanu Nopakun stated that the government had set the vaccination program to start on June 7.

During the daily briefing of the Center for COVID-19 Situation Administration and through a message on his personal Twitter account, he said: “Thailand will not be safe until everyone is vaccinated.”

Mr. Natapanu also added that foreigners could register to receive their vaccines in hospitals and health centers where they live.

He recommended ex-pats register for vaccinations at hospitals that have their health records on file. Besides, the spokesman explained that foreign nationals need a passport, social security, or work permit number as identification when booking a jab.

Vimut Hospital and Bangrak Hospital were designated as vaccination centers in Bangkok.

The announcement came after growing confusion and bewilderment over access to vaccines spread among foreign communities. The Public Health Ministry announced on March 4 that Thais would be given priority to get the shot.

However, it reversed the decision two days later, stating that Thai and foreign citizens would have equal access to vaccines to help create herd immunity.

The Ministry of Foreign Affairs also revealed the vaccination plan for foreigners, saying that it had collected 7,000 names of diplomatic officials, international organizations, and their families. The list will be sent to the Department of Disease Control for their respective vaccination.

Besides, foreign government agency members can book a jab with the Ministry of Foreign Affairs Department of Consular Affairs.

Under the plan, spouses and family members of Thai citizens, retirees, those in Thailand for business, and investors in Bangkok will be able to register at hospitals or vaccination centers starting June 7.

Vaccines for foreign students will be managed by the Ministry of Higher Education, Science, Research, and Innovation.

The Council of University Presidents of Thailand will be in charge of the vaccination centers for students. Moreover, the Social Security Office will coordinate with employers and companies to administer jabs to immigrant workers.