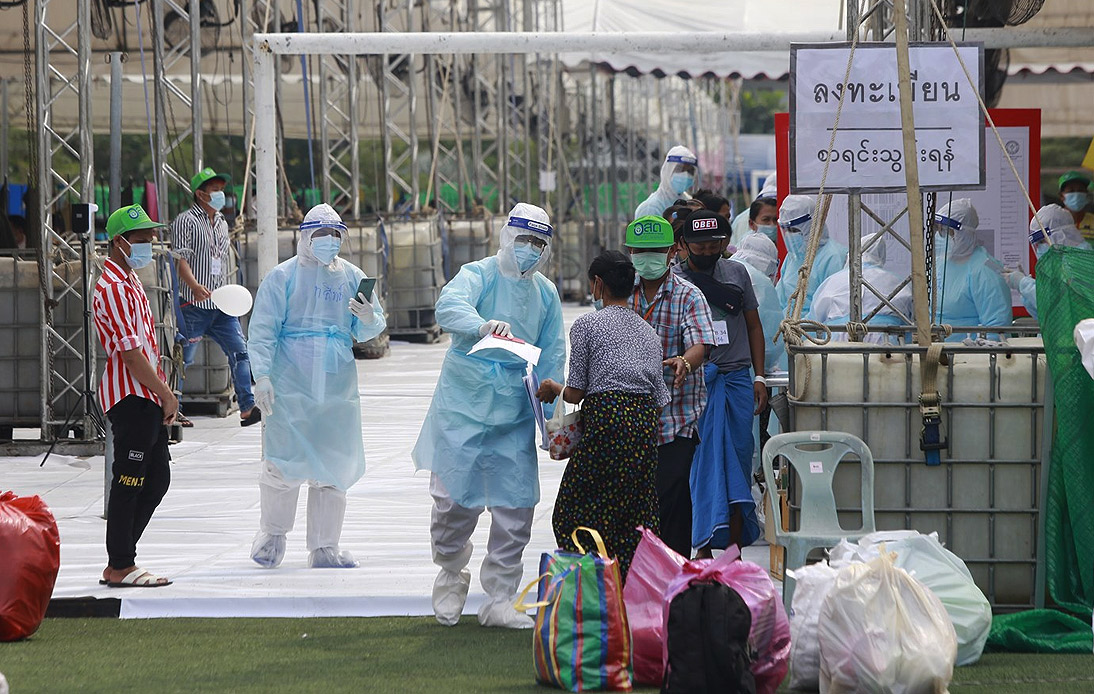 According to the provincial public health office, 844 of the new infections were found in active case finding that. It also reported that 70 local infections were detected, half of them Thai.

Those figures brought the number of confirmed coronavirus cases in Samut Sakhon to 6,555, making it the province with the most cases in the second wave of COVID-19 infections in Thailand.

Samut Sakhon started active testing in all areas of the province on Monday, and a total of 50,000 people are expected to be tested this week, screening 10,000 people per day. However, health workers could only perform just a little more than 5,570 tests on the first day.

The massive acting testing began in factories in the province, and Monday’s findings were mostly from those with more than 1,000 workers.

The week-long active tests will target factories, dormitories, and markets in every corner of the province. Deputy Center for Covid-19 Situation Administration (CCSA) spokeswoman Apisamai Srisangson earlier said that the number of cases could increase dramatically due to active screening.

Dr. Apisamai warned that health workers could find as many as 800 new cases just on Monday afternoon.

She also added that roughly the same number of new infections could be found each day while mass testing is executed. “As active finding will be conducted on 10,000 people each day, we could find hundreds of new cases,” she said.

However, she stated that there was no need to panic.

Dr. Apisamai said health officials are trying to rid Samut Sakhon of new infections and that they are optimistic that the situation could improve in the second week of February. She hinted that authorities might consider reopening educational institutions the following month in some areas of Samut Sakhon.

Before active case testing began, 70,000 people in the province had been tested for coronavirus.

Such figure is expected to surpass 100,000 this week. Also, Dr. Apisamai said she believed that, during the pro-active COVID-19 screening, 2,000-3,000 new infections are likely to be found.