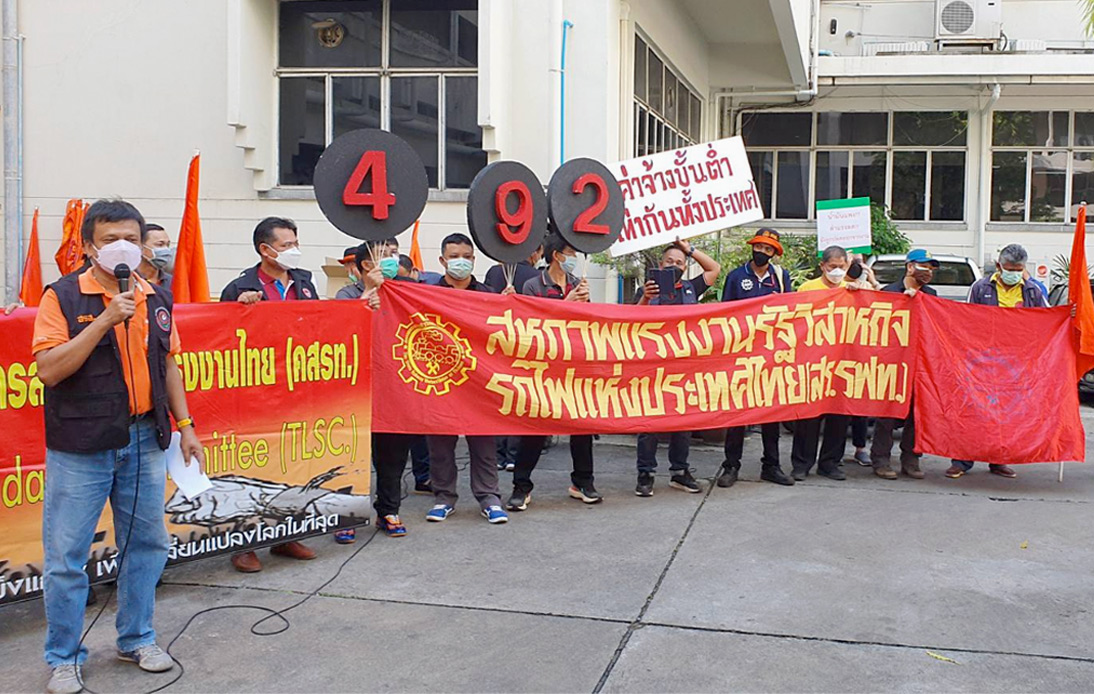 Unions continue to pressure Thai authorities to raise the minimum wage as hundreds of workers came together to parade through the country’s streets on Labor Day to demand a new flat rate and better working conditions.

On Sunday, laborers marched from the Democracy Monument to Government House holding signs bearing the number “492,” the amount they demand as the new minimum wage.

However, Labor Minister Suchart Chomklin said the government did not agree to a 492-baht flat rate for all the country’s workers, arguing that the new minimum wage should also protect employers.

Ending a forum at the Labor Ministry chaired by Prime Minister Prayut Chan-o-cha, he said: “The minimum wage will no doubt be increased. But the new rate has to support employers’ businesses as well as keep employees happy.”

Currently, the minimum wages vary in each province. For example, people working in Phuket and Chon Buri, provinces with the highest rate in Thailand, earn 336 baht per day.

However, the southernmost provinces have the nation’s lowest minimum wages. According to the latest official figures, workers in Pattani, Narathiwat and Yala earn 313 baht per day.

In response, the Thailand Labor Solidarity Committee (TLSC) and the State Enterprise Workers’ Relations Confederation have led unions to demand the government establish a higher legal daily wage in every Thai province.

On Sunday, TLSC leader Sawit Kaewwan reiterated the unionists’ call to increase the flat rate to 492 baht. Under the International Labor Organization’s guidelines, the amount would be the minimum sufficient for a two-member family to meet their food and household needs, he stated.

Mr. Sawit also asked authorities to increase and guarantee controls on the prices of gasoline and essential goods to prevent rising inflation from continuing to erode Thais’ purchasing power.

However, business owners and employers have rejected the call for a 492-baht nationwide flat rate, saying the move could hamper Thailand’s economic recovery.

Government representatives, businessmen and workers are set to join a tripartite meeting to discuss the salary increase, expecting to reach an agreement in August or September.