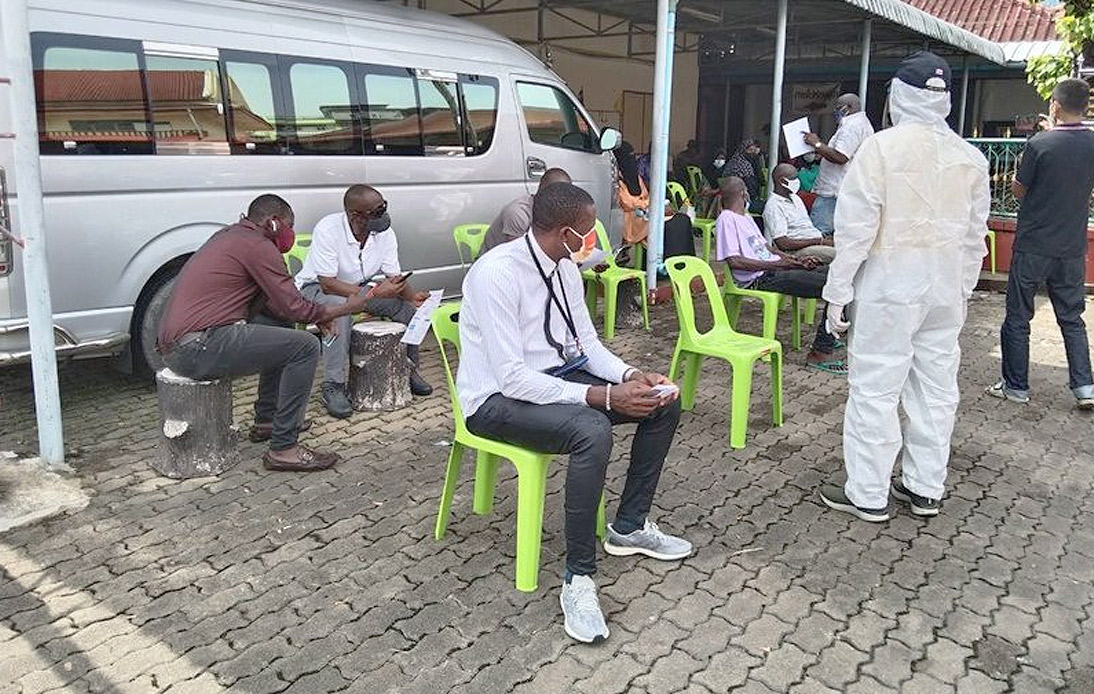 According to the provincial public office, the 109 traders were from Guinea, Mali, Cote D’Ivoire, and the Gambia tested positive between May 6 and 9. Chantaburi is known for attracting many precious stones merchants from Africa.

However, none of the people were confirmed to carry the African or Indian variants.

Hospital medical workers and the provincial health office set up a testing site at a Buddhist center. The place has been conditioned to accommodate 250 residents who came into contact with African merchants.

Police warned that traders must quarantine for at least 14 days and strictly comply with health measures.

It is said that some of the merchants were possibly infected by the gemstone sellers. After that, they probably have spread the disease during a mass prayer in the holy month of Ramadan.

Public health officials said that two new clusters of COVID-19 infections have emerged in Chiang Mai, where the virus was spread among family and friends.

The clusters were found in Doi Saket and Mae Wang districts amid a testing campaign that local authorities carried out to limit the spread of the pandemic disease. Songyot Khamchai, head of the communicable disease control unit at the Chiang Mai public health office, said 26 new cases of COVID-19 were detected in the province on Saturday.

The recent infections were related to the Doi Saket and Mae Wang clusters.

The daily case toll in Chiang Mai has been below 50 for six consecutive days. The province has recorded 3,869 infections since the third outbreak started earlier this month; 3,067 of them have been cured, and nine have died.

Most cases are asymptomatic or have minor conditions, while 20 are seriously ill.

According to Songyot, 133 food delivery riders in downtown Chiang Mai underwent coronavirus tests, and none were found to be infected with COVID-19. The Doi Saket cluster started after a delivery worker returned from Bangkok and failed to register in the health surveillance app upon arrival.

Officials were unable to trace him.

Eight people contracted the virus in the Mae Wang cluster. The parents visited an entertainment venue in April and got infected.