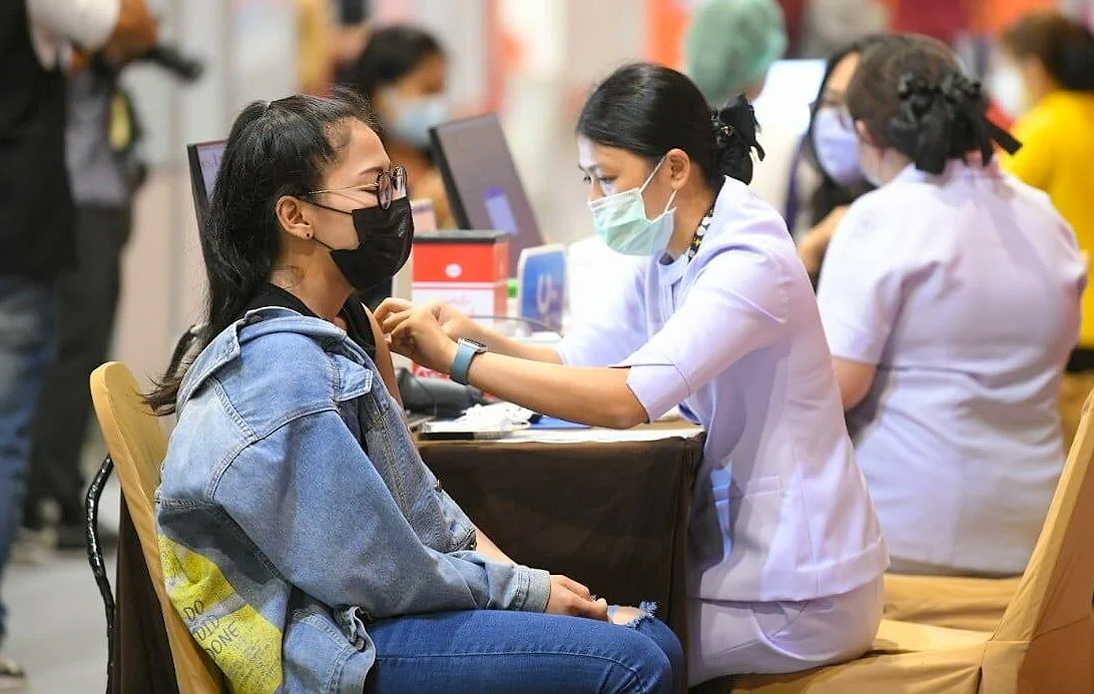 On Monday, health officials reported they had detected 5,406 new COVID-19 cases in Thailand in the last 24 hours, the third-highest number of daily new coronavirus infections ever recorded.

The most recent figures bring the total number of coronavirus cases to 249,853 since the pandemic began and the death toll to 1,934. According to the Center for COVID-19 Situation Administration (CCSA), the new transmissions had been found among the general population, with only nine in prisons.

Furthermore, the CCSA spokesman Taweesilp Visanuyothin said that increasing congestion by COVID-19 patients in hospitals was a major concern.

“The morning meeting discussed how to reduce the number of patients in hospitals because there is a rising trend of patients with serious conditions,” he added. According to official figures, local hospitals and field hospitals have 45,648 coronavirus patients, including 1,806 seriously ill.

Deputy Public Health Minister Satit Pitutacha and doctors warned that Thailand does not have enough beds to treat new patients due to the severity of the COVID-19 outbreak.

The CCSA also explained that the victims died an average of just 7.5 days after testing positive for COVID-19.

Thailand logged 18 imported cases, including six Thai returnees who traveled from Cambodia. The rest were three Thais who returned from Russia, two from Sudan and two from France, and one each from South Africa, Somalia, the United States, and the United Arab Emirates.

The only foreigner who entered the country and tested positive for COVID-19 was a Cameroonian.

Although the Sunday death toll was just over half the figure recorded on Saturday, the number of the new cases has raised health authorities’ concern, as it is the third-highest ever recorded in the country. The other two highest figures were reported on May 17, with 9,635 infections, and on May 31, with 5,485.

Transmissions in Thailand are increasing faster than in all European nations, except the United Kingdom. They are experiencing a spreading rate similar to that of the United States.