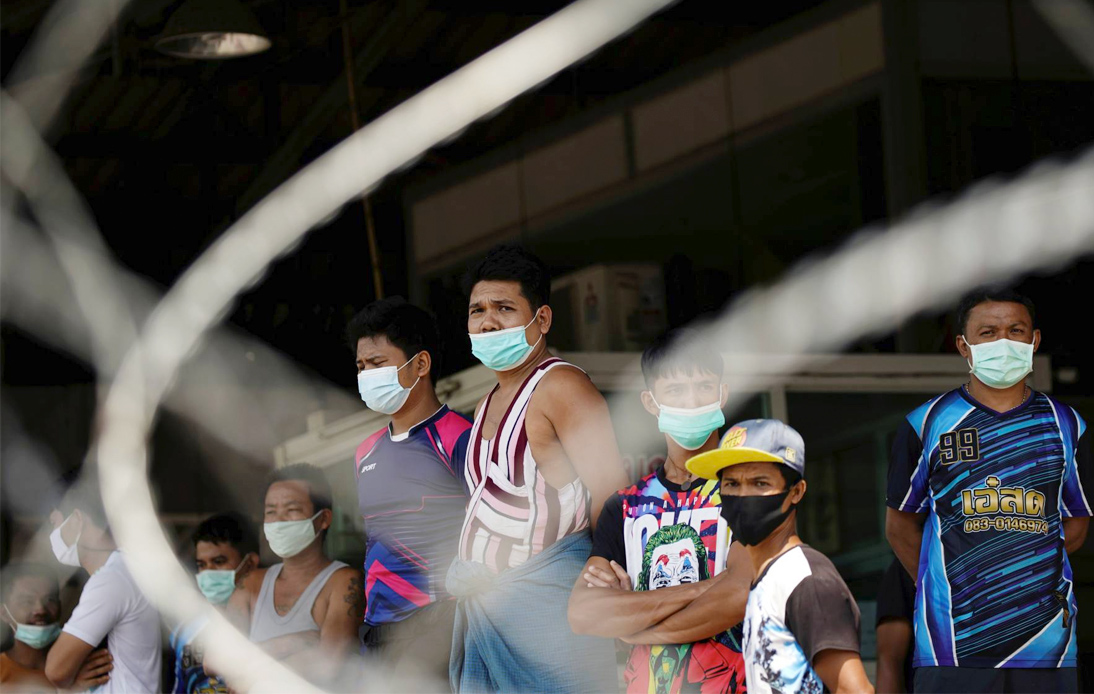 Most of them are migrant workers.

Through its Facebook page, the administration of Samut Sakhon confirmed that the province is experiencing a soaring number of new coronavirus infections. This figure brought the overall total of cases in the province to 2,401.

The province also said that there were 448 migrant workers among the new caseload.

They were diagnosed through active testing, and another seven tested positive at hospitals. The rest of the cases were Thai nationals.

The Center for COVID-19 Situation Administration (CCSA) said that it would include the cases that were found in Samut Sakhon in its daily update on Monday.

It is now registering the highest daily number of cases since the first case of coronavirus appeared in the country in January last year.

The Central Shrimp Market in tambon Mahachai of Samut Sakhon is the epicenter of the current outbreak that has already reached more than 50 provinces.

Officials have imposed a curfew in Muang, where the market is located. Besides, the market and some other areas are sealed off in order to prevent the spread of the re-emerging virus.

The country confirmed 315 new cases earlier on Sunday, including 55 more in Samut Sakhon.

According to the reports, they were 38 Thais living in the province and 17 workers from other countries.

The total of cases in Thailand rose to 7,694 with the infections registered on Sunday. There have been 64 deaths reported so far.

The government has announced several new measures to curb the increase in cases, including shutting down schools and other 25 businesses. However, authorities of each province could decide which measures they will implement.

There are also provinces under lockdown. Those are considered high-risk areas.

The government is trying to avoid stricter restrictions due to the economic impact that the pandemic had earlier last year.