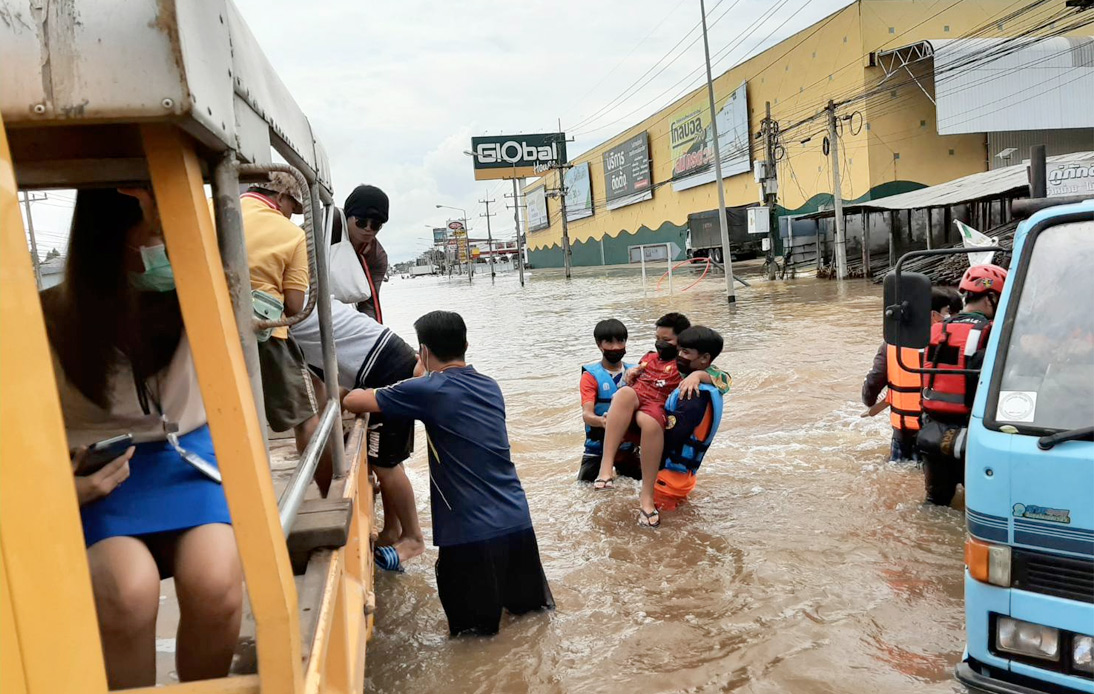 Officials around the country are closely monitoring developing storms as floodwaters persist in northern and central areas of Thailand, spreading to low-lying Bangkok zones.

However, experts are currently optimistic, believing there is not likely to be a repeat performance of the devastation that was seen in the Thai capital a decade ago.

This week, the Royal Irrigation Department was forced to release water from the Pasak Jolasid Dam after its levels reached the capacity limit. Officials ordered more water to be poured into the main artery flowing into the Chao Phraya River.

But, at the moment, they say there’s no apparent danger of the widespread 2011 flooding hitting Bangkok again, even though additional water and higher tides are expected to hit riverside areas late this week.

Thailand’s Meteorological Department’s Director-General Nattapon Nattasomboon said: “What we expect is that if they don’t have any more heavy rain in the coming week, we should be safe.”

The tropical storm Dianmu and the seasonal monsoon rains reported late last month have left at least eight people dead and one missing. Moreover, around 287,000 households have been affected by floods, registered in 32 of the country’s 77 provinces.

According to the Department of Disaster Prevention and Mitigation, the situation has eased in 14 affected provinces.

Now, meteorologists are keeping a close eye on two developing storms. One could hit northern Vietnam over the weekend while another, whose direction is unknown, appears to be building around the Philippines, Nattapon explained.

Unlike in 2011, when industrial estates and logistics centers were affected, this year’s floods have mainly hit agricultural areas. The Thai Chamber of Commerce’s Center for Economic and Business Forecasting’s University has estimated the initial damage at around 15 billion baht.

The city administration said that more than 40 temples had been affected by recent floods. At one temple, Wat Satue, monks were forced to paddled small boats through neck-level water.

“This is the worst flood in 10 years,” its abbot Phra Kru Pariyat Yathikhun told the media, adding that surrounding communities had been also hit by floods.