Pattaya And Rest Of Bang Lamung Under COVID-19 Lockdown 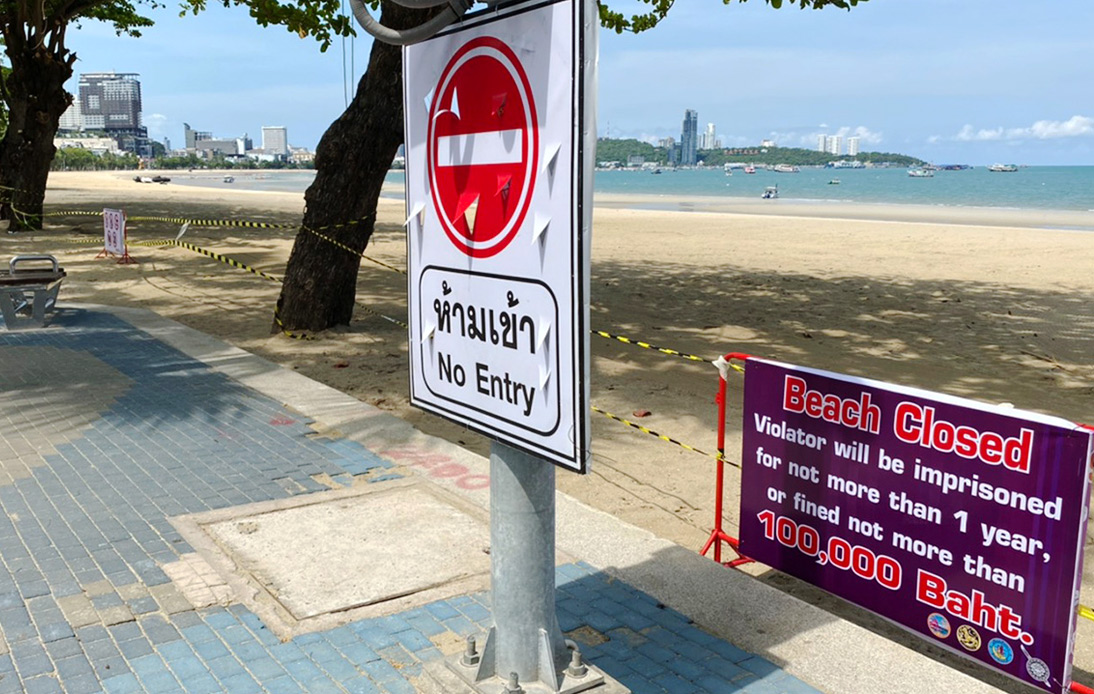 The Provincial disease control committee announced on Wednesday that Pattaya and the rest of the Bang Lamung district had been locked down in an attempt to curb the spread of coronavirus infections.

It was issued after health authorities reported 22 new COVID-19 infections in the Bang Lamung district, and will last until further notice.

Under the new order, all department stores, restaurants, and food or drink shops must close.

They could open to customers but for take-home services. Besides, convenience stores have to stop operating between 10:00 p.m. and 5:00 a.m.

Venues for outdoor and indoor activities that usually draw crowds could not open.

Moreover, people must wear face masks if they are outdoors or at crowded venues. All those who infringe those rules could be penalized under the Communicable Disease Act of 2015 and other related laws.

The Chon Buri provincial administration organization (PAO), Pattaya City, and all municipalities in the Bang Lamung district also received the order, and have to implement it immediately.

Thailand is dealing with a significant COVID-19 outbreak that has been extended to many of its provinces.

Prime Minister Prayut Chan-o-cha said that it is not likely to have another nationwide lockdown. However, he pointed out that every province can implement its own control measures.

He also urged people not to travel between provinces to avoid spreading the virus and to cautiously enjoy the upcoming New Year’s celebrations.

Health authorities have been registering 3-digit daily infections during the last week.

Officials warned that the number could rise to 4 or 5 digits if no control action is taken. The country has registered more than 6600 cases in total and the death toll remained at 61.