PM and Cabinet Members Given Their First Vaccine Doses 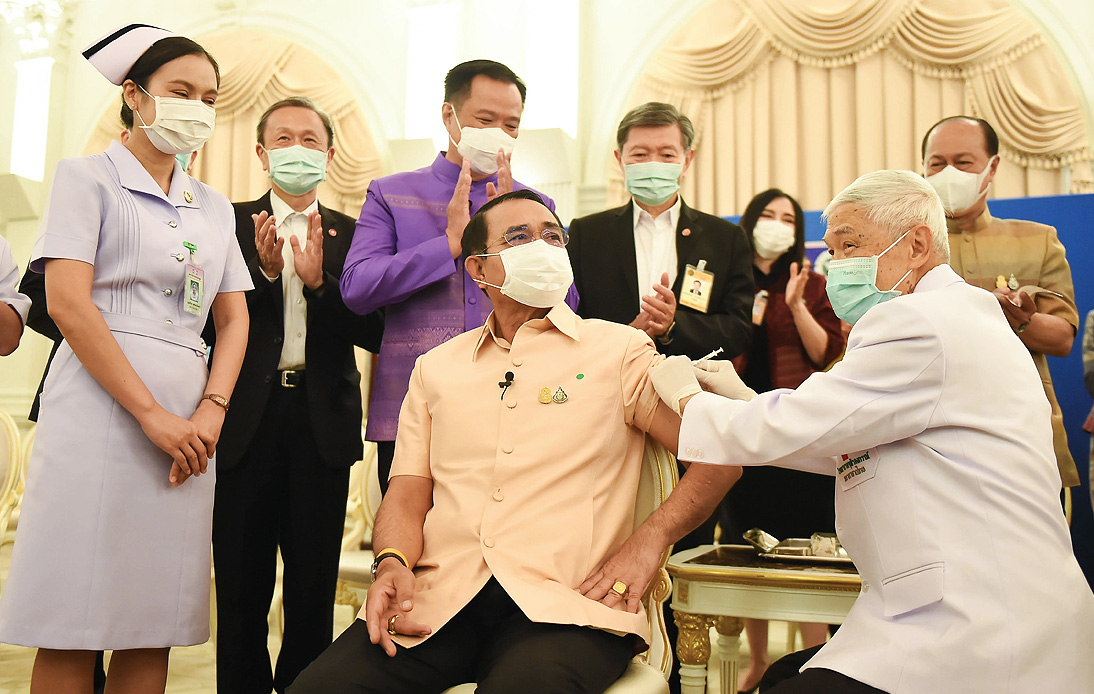 Thai Prime Minister Prayut Chan-o-cha and other Cabinet members received the first dose of the COVID-19 vaccine on Tuesday morning at the Government House.

Their vaccinations were planned for last week. However, the authorities decided to postpone them after several European countries paused the AstraZeneca vaccine over concerns about blood clots.

But the prime minister affirmed that it has been proven that there is no bad reaction related to the AstraZeneca vaccine.

“Inoculations start today with the cabinet and government officials who come in close contact to a large number of people. This is to ensure safety and imbue confidence in the general public,” he said.

“What concerns me the most now is ensuring the vaccine reaches all people in at-risk groups as soon as possible,” Gen Prayut added.

Besides, he told the public that the World Health Organization (WHO) and the European Medicines Agency had confirmed that the AstraZeneca vaccine is safe, urging people to trust the shot.

“The prime minister is not the only important person,” he said.

“Everyone is important to their own family. Everyone is equally important. So we will speed up vaccinations as soon as possible,” he added.

He revealed that 116,520 doses of COVID-19 vaccines had been distributed in 13 provinces and that 50,388 people were getting the jab. The prime minister also explained that Thailand would allow the private sector to purchase vaccines that had been approved by the Food and Drug Administration.

He also stated that COVID-19 is under control.

“The country has enough vaccines for the early stage of inoculation. So we will ease measures to let people live normal lives in the new-normal way,” he said, adding that the Center for Covid-19 Situation Administration (CCSA) would consider relaxing restrictions and allowing activities during the Songkran festival.

“The government must also take care of the economy,” he said.

After Prayut Chan-o-Cha’s inoculation, Prof. Dr. Yong Poovorawan, head of the Center of Excellence in Clinical Virology at Chulalongkorn University, said that more than 350 million doses of vaccines developed by at least 10 producers worldwide were being used. He noted that they were safe because they have passed studies and trial stages to prove their safety and efficacy.

“We can pass this crisis with vaccines. The virus has spread worldwide. We cannot eradicate it. We must adapt to co-exist with it. Vaccines are a way out,” Prof. Yong added.

The prime minister is expected to receive his second dose of the AstraZeneca vaccine on May 25.