PM Prayut To Be Inoculated With AstraZeneca COVID-19 Vaccine 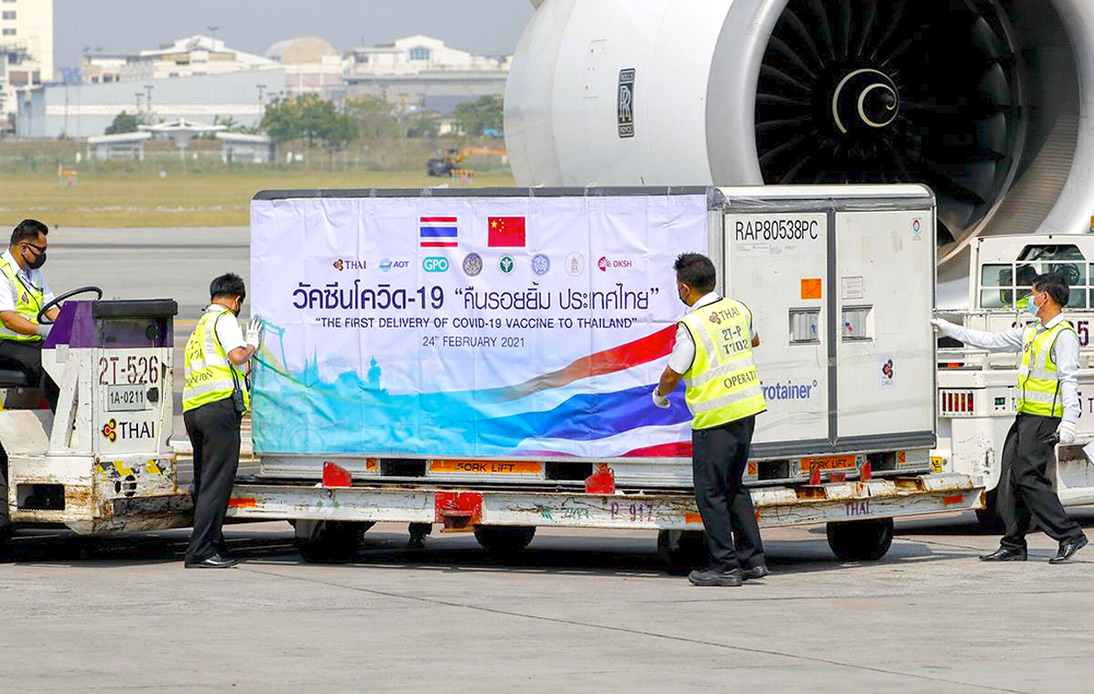 Mr. Anutin highlighted the importance of inoculating Gen Prayut as he is the leader of Thailand.

“It’s important that Gen Prayut take the first Covid-19 vaccine shot because he is the country’s leader.

There will naturally be a risk-assessment process by the Disease Control Department, which is an internationally accepted standard procedure. But it’s not discrimination,” he said.

The minister’s comments came to clear up the confusion regarding Gen Prayut’s announcements.

The Prime Minister recently said that he would take the first jab to increase confidence in the vaccine among Thais.

However, a doctor warned shortly after that the first batch of Sinovac vaccines to arrive in Thailand had only been tested in people between 18 and 59 years, so both its efficacy and side effects were not known in other age groups.

Prayut Chan-o-cha is 67 years old, meaning that the vaccine is not suitable for him.

Mr. Anutin also confirmed that the doses of the vaccines that would arrive in the country on Wednesday would be from two manufacturers, divided into 117,000 produced by AstraZeneca and an unspecified number from Sinovac.

He also added: “Had there not been any drama, the vaccine would have arrived sooner.”

The shipment of the AstraZeneca shots on Wednesday surprised Thais since there were no plans to import doses of the firm’s vaccine.

“Gen Prayut will receive the vaccine with no age restrictions – AstraZeneca.

The director of the National Vaccine Insitute had procured them.

The date has not been set yet for the shot, but the prime minister will be able to perform his duty normally after taking it,” said Mr. Anutin.

Two doses of each vaccine are needed to immunize each person.

Mr. Anutin explained that the Sinovac shots’ intervals were 14 to 28 days, while those of AstraZeneca were six weeks. Also, regarding the vaccination process, he said that it would take place in medical facilities.

Each person receiving the jab must wait 30 minutes to observe the symptoms.