Police and Protesters Clash for the Third Consecutive Day 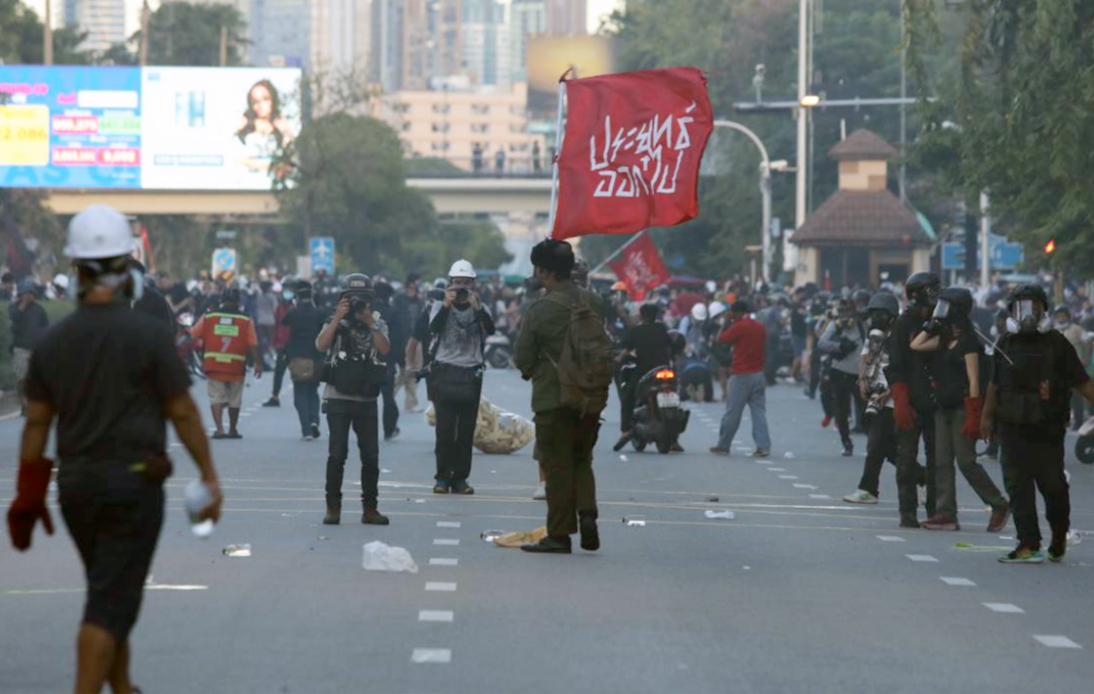 Again, the activists criticized the government for its mismanagement of the Covid-19 pandemic and the health crisis.

In Bangkok’s Din Daeng area, protesters and police clashed for the third day in a row after the demonstration ended.

The protest started at 4:00 p.m. with a symbolic activity at the Victory Monument, organized by the Thalu Fa group and attended by around 300 people.

Protesters placed mock body bags and gurneys on the road, with a banner reading “Prayut out”.

The demonstration’s goal was for Prayut to resign unconditionally, they said.

Songpol Songthirak, a prominent activist, stated that Thais wanted efficient vaccines. Protesters have been asking the government for mRNA-based jabs as cases spike.

Shortly after, the protest leaders announced that they would move to the Government House.

Demonstrators arrived at the second protest site an hour later. There, they started talking about the problems Thailand had faced under the current administration.

They claimed they did not want violence but Prayut’s removal, adding that they would respond with “paint only” if the police cracked down.

Some protesters tried to enter a restricted area, and the police used tear gas to disperse them.

The group announced the end of the event at 6:00 p.m. However, some protesters returned to Ding Daeng.

Clashes were reported between civilians and riot police officers, who were deployed to control the area.

Monday was the third consecutive day of anti-government protests.

Different pro-democracy groups have gathered since Saturday, taking Bangkok and other provinces’ streets to demand the prime minister’s dismissal.

General Prayut’s residence in the 1st Infantry Regiment has been designated as the gathering place for all protests, but demonstrators have been unable to approach the base.

The police have blocked Vibhavadi Road and Phahon Yothin, preventing people from accessing the zone.

But, even though protesters said they had spoken to the police to use the Soi, container walls were erected to block off the area, forcing them to march to Government House.