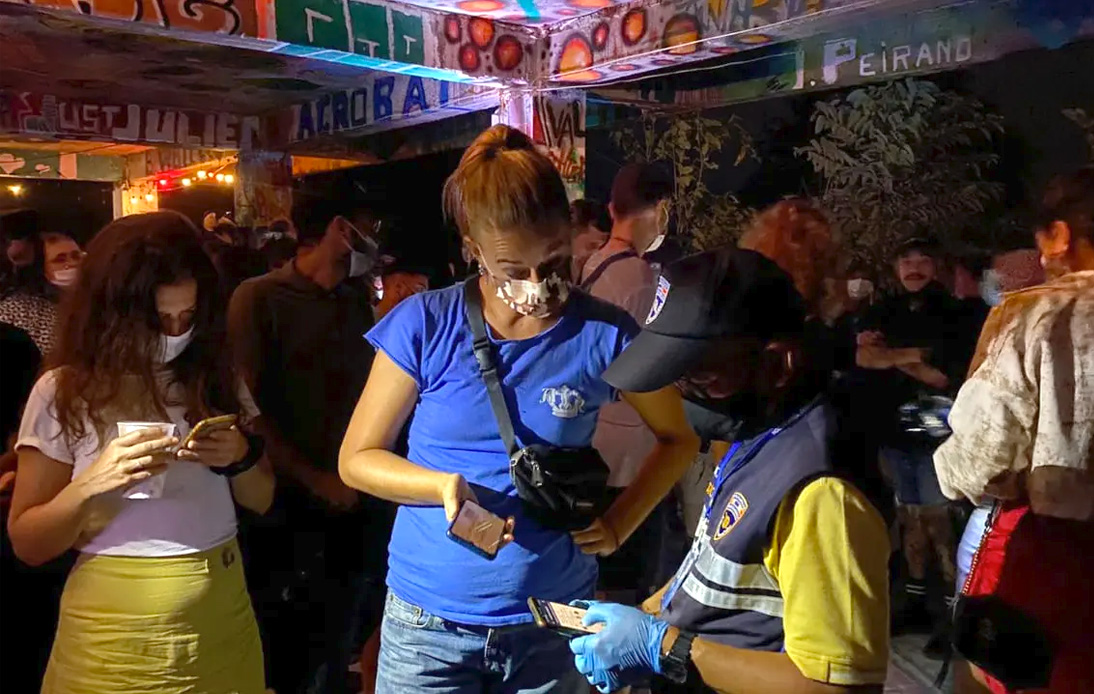 According to Koh Phangan police, eighty-nine foreigners have been arrested on the Thai island during a raid on a bar for violating COVID-19 restrictions.

Thailand’s government imposed an emergency decree banning mass gatherings in order to prevent the spread of the virus.

Since the pandemic began, the country has logged 15,465 infections and 76 deaths, figures considerably lower than in other Western nations. However, more than a third of the total cases were reported in recent weeks, specifically since mid-December.

Surat Thani province, where Koh Phangan is located, has reported 29 cases since March last year, but 11 of them were found last month.

Local media reported that a team of immigration and tourism police and local officials raided the Three Sixty Bar on Tuesday night after discovering that someone was selling tickets online for an event at the venue. Besides, pictures of the raid showed that the place was crowded with more than 100 people, although most were wearing face masks.

Among those arrested were 22 Thais, including the bar owner Pongdaran Lim-ochakul and Somsakul Kiartnarong, who claimed to have organized the party.

The foreigners were from more than ten countries, including the United States and the United Kingdom. All attendees were accused of violating the emergency decree, and both the owner and the organizer face charges of conspiracy to operate an entertainment venue without permission.

Thai law stipulates that anyone who violates the emergency decree can be punished with up to two years in prison and a fine of up to 40,000 baht.

Surat Thani Governor Wichawut Jinto later said that officials had informed him of the raid. He has ordered strict measures against violators to send a message to the entire population, saying that authorities would not tolerate breaches of the restrictions against the coronavirus.

Koh Phangan is an attractive island, widely known for its events, including the famous Full Moon Party.

It receives more than 30,000 tourists annually to celebrate the holidays, especially New Years’. However, the kingdom has banned tourists from entering the country since April last year amid its efforts to prevent an increase in COVID-19 cases.