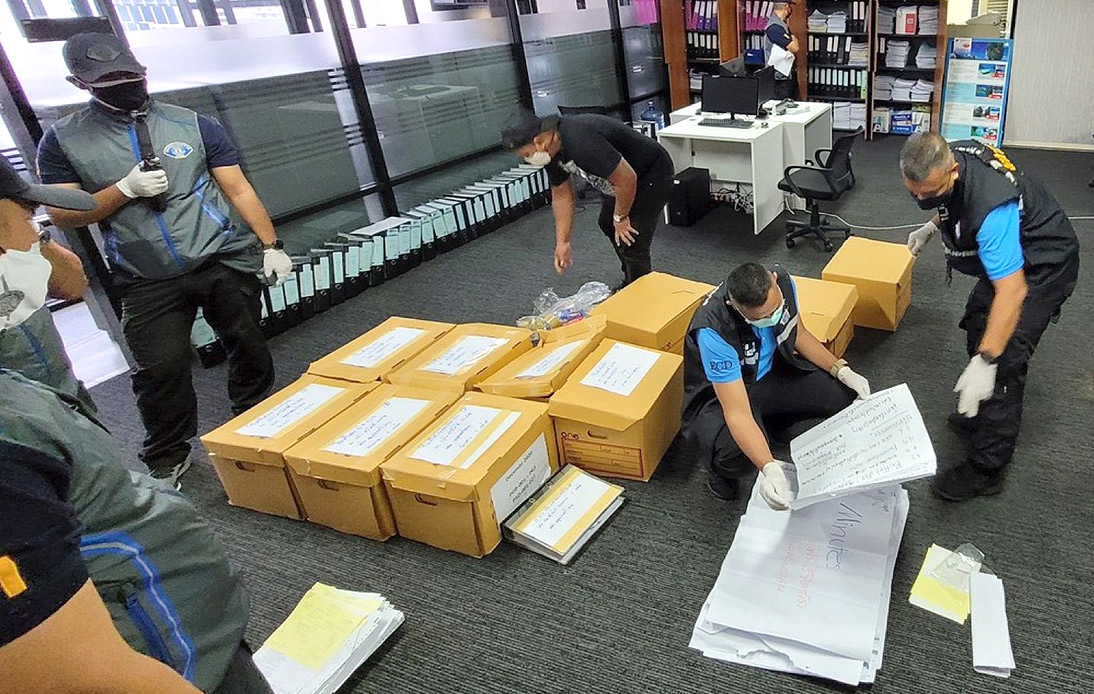 Thai police have arrested four high-profile suspects linked to a fraudulent investment ring that includes a well-known tourism project and whose damages are estimated at 1 billion baht.

Thousands of people who were scammed filed complaints about the fraud.

In response, crime suppression officers launched a sting operation at nine locations across Greater Bangkok. They detained Lt. Col. Dr. Amraporn Visetsuk, chairwoman of the Tiao Puea Chart (Travel for the Country) project, and three others.

The detainees face charges of public fraud and collaboration in fraudulent public borrowing, but all of them denied the allegations.

Authorities said that ringleader Prasit Jeawkok, chairman of the Kuen Khun Pandin (Paying Back the Land) project, and Kiattisak Yennanond were still at large. The suspects allegedly established a network of various companies and offered high returns to attract people to invest in them, Gen Suwat Sangnoom, chief of the Crime Suppression Division, said on Saturday.

The project website also stated that it involved charities and donations to the public.

Investors initially received dividends and were persuaded to invest more until the flows stopped, but they ended up facing numerous scams. The police explained that the types of fraudulent investment were:

– Offering tourist packages that did not materialize.

– Asking people to buy and sell luxury products online from one of their businesses and then rent them out, handling transactions and compensation.

– Asking people to buy gold in stores and bring the gold and the receipts to invest with them, promising a 43.5% return on the receipts’ value.

– Persuading people to co-invest in their personal investment funds by chipping in gold or cash, promising a 9.5% return every 21 days.

Pannika Wanich, a spokeswoman for the Progressive Movement, accused Mr. Prasit last year of being behind the army’s “information operation” (IO).

The spokeswoman also accused Mr. Prasit of allowing the military to use the servers under his control for free. However, during a talk on the allegation with a famous TV host in December, he unbuttoned his shirt to reveal a tattoo on his chest that read “Long Live the King.”

It was a “good IO,” even if he supported IO, he declared.