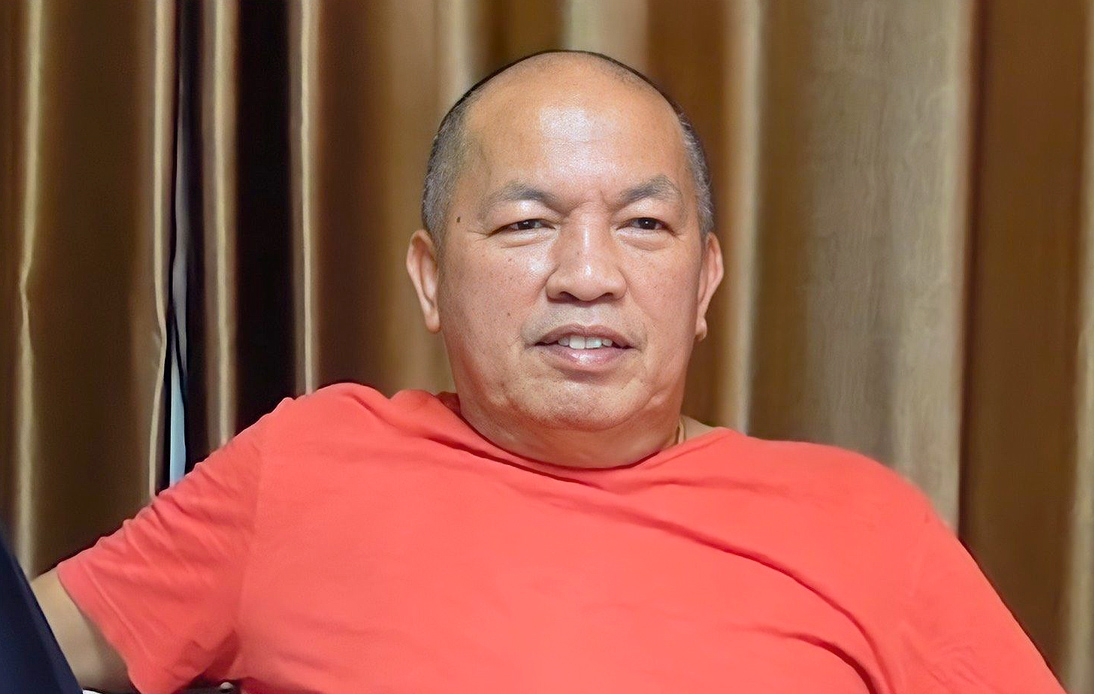 Popular Thai comedian “Kom Chauncheun” died on Friday morning after being diagnosed with COVID-19 and getting admitted to hospital for treatment, his daughter wrote on Facebook yesterday.

Kom’s daughter, Napatcharin “Ice” Preedakul, announced her father’s death on his Facebook page around 7:30 a.m. yesterday. She had been posting regular updates on the condition of her father, which were also reported by the media and television news channels.

“My father rests in peace now,” she wrote on the social networking platform, drawing heartfelt condolences from fans and online users.

Kom Chauncheun and ten members of his family were tested for COVID-19 at Serirak Hospital on April 11 after learning that Ball Chuenyim, a comedian he worked with, had contracted the virus. A day later, the test results showed that Kom had been infected.

The other relatives had tested negative for COVID-19, but they had quarantined themselves for 14 days, confirmed his daughter.

The famous comedian was transferred to the Ramathibodi Chakri Naruebodindra hospital in Samut Prakan province after receiving treatment in a private hospital. However, he suffered organ failure, and his condition became critical on Thursday.

His daughter said that Kom did not respond to the medication and was at risk of cardiac arrest.

Akom Preedakul died on Friday morning. The comedian’s family brought his body from the hospital to Wat Phra Sri Mahathat Woramahawihan in Bangkok’s Bang Khen district, where funeral rites were set to begin at 3:00 p.m.

Tributes from fans of Kom, also known as Na Kom -Uncle Kom in English-, poured when the news of his death broke. “I’d like to express my condolences to the family of Uncle Kom. I’m thankful of him for always making us laugh. It was an honor to have worked with him,” wrote BNK48’s Noey on social media.