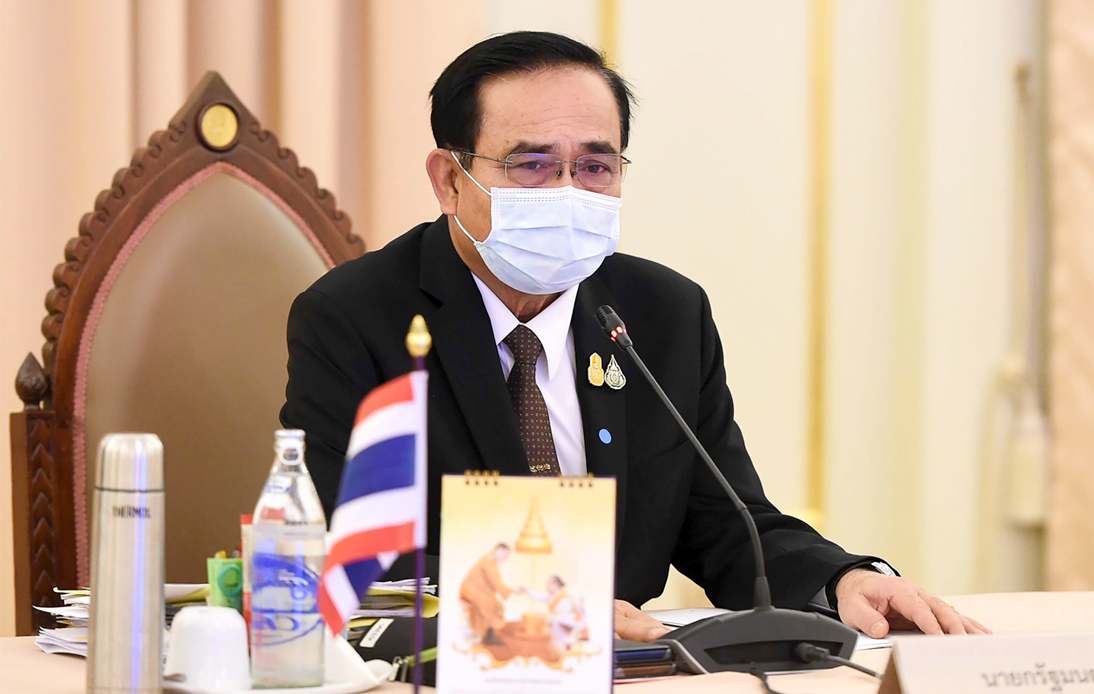 On a COVID-19 control after cabinet meeting on Tuesday, Prime Minister Prayut Chan-o-cha urged Thais to stay at home during New Year festivities in order to prevent spreading the virus amid a recent COVID-19 upsurge.

During a significant rising in the number of new infections in Bangkok and other several provinces, Gen. Prayut stated that people should only travel if it is absolutely necessary.

“We may have to celebrate New Year at home this year and with a limited number of people,” he posted on his official Facebook page called Prayut Chan-o-cha.

Gen. Prayut did not directly answer questions made by the media as he usually does after the cabinet meeting. However, people can find a video clip recorded at Government House that he posted on its website.

According to Prayut Chan-o-cha, people should not panic not being complacent but must avoid visiting crowded places and travel if it is unnecessary.

He also urged people to follow the health authorities’ advice regarding COVID-19 preventive measures and constantly check the updates offered by the Center for COVID-19 Situation Administration (CCSA). The Prime Minister did not prohibit interprovincial travel, as each province has its own specific coronavirus containment plan and control protocols, but pointed out that they may have strict screening measures.

Besides, he asked everyone to scan the Thai Chana QR Code to check in when a person visits a public place.

It was a measure that the government implemented to track people suspected of having come into contact with those who contracted the virus. Although he said that Thais had to be careful about the new coronavirus outbreak, Gen. Prayut did not comment if authorities are considering carrying out a new nationwide COVID-19 lockdown once the holidays finish.

The decision would depend largely on the way the situation develops, said Gen. Prayut.

However, he stated that he personally thought it would not become so severe to require a nation lockdown again.

CCSA spokesman Taweesilp Visanuyotin explained the different coronavirus control regulations people must comply with throughout the country and said they would be as severe as the situation is in each area.

Samut Sakhon is facing a curfew, he said, adding there were new COVID-19 cases in 45 provinces as of Tuesday. Also, he declared that New Year celebrations should be banned in the provinces of highest risk, including Samut Sakhon and Rayong.

There could be events in lower-risk areas but they could not host too many people and need prior permission.

According to Dr. Taweesilp, there would be a further assessment of people compliance that involves containment efforts. Its rules could be relaxed or tightened depending on the level of compliance.

The next assessment is likely to be carried out on January 3-4, Deputy Prime Minister Wissanu Krea-ngam said.

Meanwhile, the number of cases in Thailand continues to rise, having new more cases in the city capital, which leads it to have more than 100 infections total.

Also, there were 55 new cases in Rayong, raising the cumulative number of infections to 148.