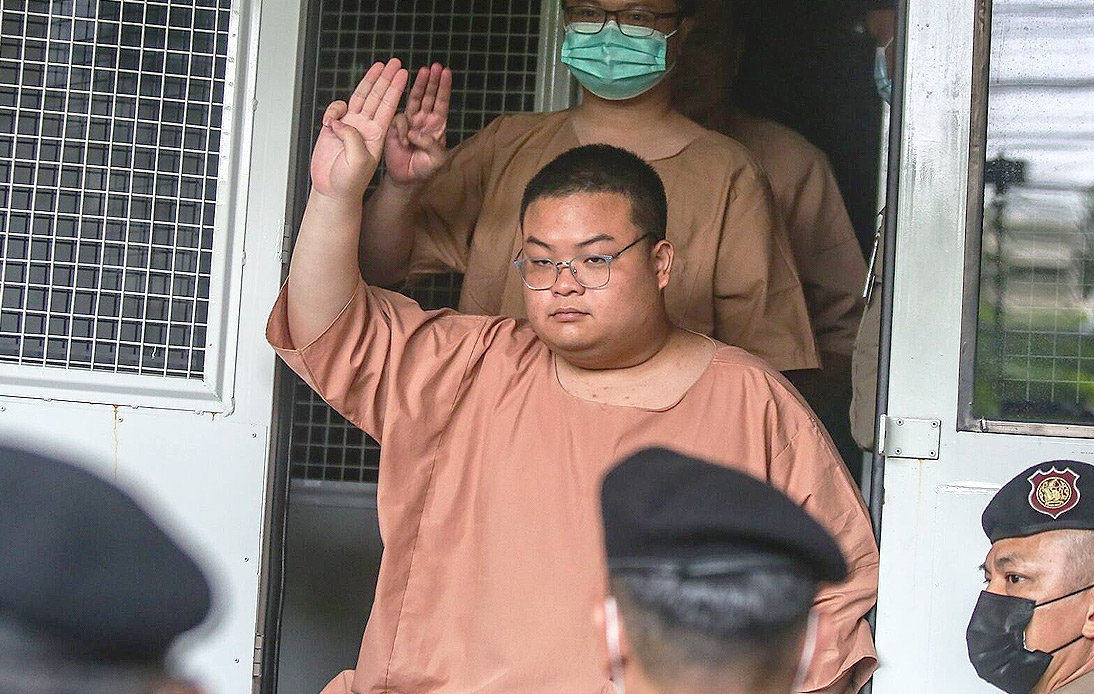 Anti-government protest leader Parit “Penguin” Chiwarak was admitted to the Ramathibodi Hospital hospital after a 46-day hunger strike that has deteriorated his health, the Corrections Department said.

The activist has been held in pre-trial detention after being accused of insulting the monarchy.

The news comes a day after Corrections Department officials denied online rumors about Mr. Parit’s health, saying he and fellow hunger strike partner Panusaya “Rung” Sithijirawattanakul were out of danger.

Department spokesman Thawatchai Chaiwat said that the pro-democracy leader had been transferred from pre-trial detention in Bangkok to receive treatment at the hospital.

The decision was made amid signs that his body was struggling to recover, as he absorbed less mineral saltwater. Mr. Parit’s weight dropped from 107 kg to 94.5 kg, which means he has lost more than 12 kg (26.5 lb).

In a statement, the department added that he required specialized care over concerns that he could go into shock if his condition worsened.

Doctors and nurses at the Corrections Department’s hospital removed the saline drip from his body after he felt pain and agreed to take him to the hospital for fear that he might go into shock, explained Mr. Thawatchai, who is also the department’s deputy director-general.

Mr. Parit would return to prison from Ramathibodi for treatment at the corrections hospital once his condition improves, the spokesperson added.

Thai Lawyers for Human Rights (TLHR), citing prison officials, posted via social media that the activist would be administered parenteral nutrition while in the hospital. He would also have an endoscopy as there was blood in his stool, it added.

Since then, he has been demanding that the government allow all those accused of royal insult and other charges to be released on bail. He has been detained for 52 days awaiting trial on numerous charges, including lese majesté.

His mom, Sureerat Chiwarak, said Thursday that his condition was getting worse.

She sought bail for her son on Friday and shaved her head in front of the court to protest what she classified as an “injustice.” Mr. Parit and six colleagues have been denied the request nine times.