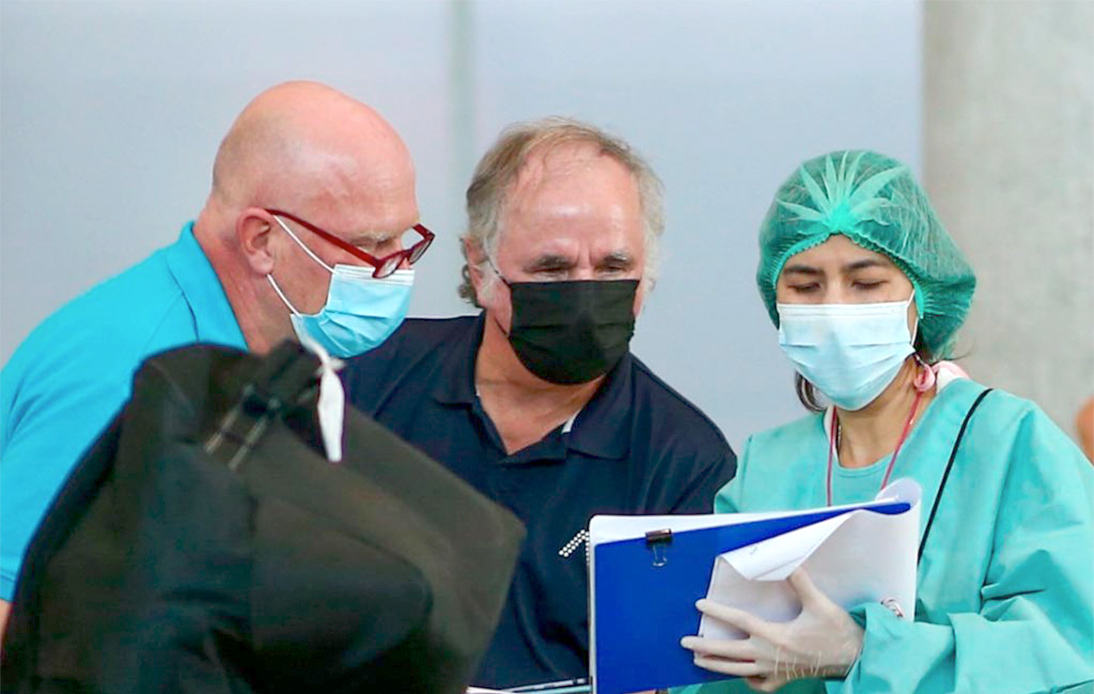 Thailand officially reopened its borders to vaccinated tourists arriving by air from 63 countries after almost two years of Covid-19 restrictions.

On Monday, tourism authorities expected thousands of travelers’ arrival from “low-risk” nations. Under the current reopening plans, they can visit popular Thai destinations and avoid the strict hotel quarantine from November 1.

Phuket and Suvarnabhumi airports were Thailand’s gateways on its initial reopening day.

On the famous tourist island Phuket, an Edelweiss flight was the first to arrive, carrying 229 tourists from Zurich, at around 8:00 a.m. Phuket reopened to international tourists under the sandbox scheme in July, but visitors had to comply with a strict hotel quarantine before traveling to other destinations.

Although many provinces still face restrictions and the daily infection toll is close to 10,000, the number of foreign tourists is expected to increase progressively.

Thailand, a tourism-dependent country, was hit hard by the Covid-19 pandemic. In 2019, over 40 million travelers came to the kingdom, but last year’s figures were down by 80%.

However, the government has developed a strategy to “learn to live with the virus,” easing its stricter controls for tourists. Now, travelers from various countries, including the United States, China, the United Kingdom and Japan, can visit the country and avoid the strict 7- or 14-day quarantine.

While tourism experts believe China’s current border closures could hamper the sector’s recovery, the government predicts Thailand’s revenue could rebound to its pre-pandemic levels in two years. Before the health crisis, the biggest number of tourists arriving in Thailand were Chinese.

Also, they expected next year’s number to rise to as much as 15 million.

Prime Minister Prayut Chan-o-cha, who traveled to the UK to attend the COP26 meeting, has closely monitored the reopening’s first day.

Recently, he asked all Thais to collaborate with authorities to ensure the economy’s and tourism industry’s recovery.