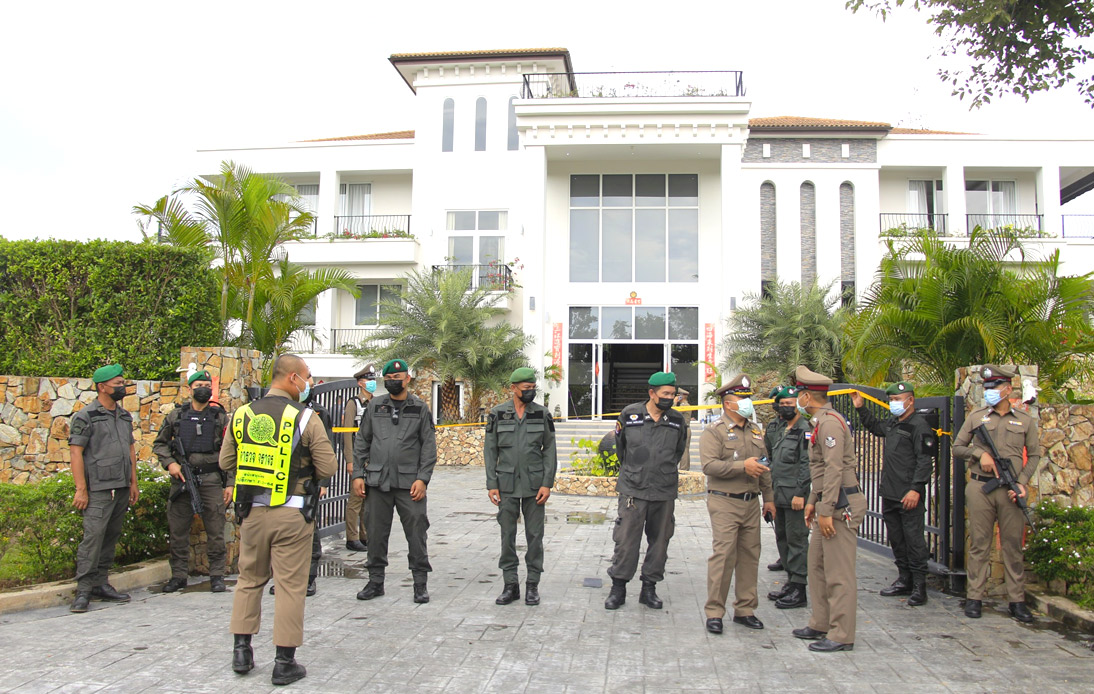 Two policemen were shot and wounded in a luxury home on a golf course in the Bang Lamung district near Pattaya, where a Chinese man was subsequently arrested and charged.

The media said there were three luxury cars with Bangkok plates, a Porsche, a Rolls-Royce and a Mercedes Benz, on the house’s grounds.

After the shooting, members of the SWAT special police force entered the premises and arrested a Chinese man. Later, Thai media identified the 35-year-old man as Jang Yang.

Mr. Jang was charged with attempted murder and illegal possession of a firearm after shooting two officers.

Pol Snr Sgt Maj Kreetha was admitted to Bangkok Pattaya Hospital after being shot in the right leg.

Natthawut Donchaisong, a 41-year-old gardener, told police that he had been mowing the lawn in front of the house when security forces arrived in 3-4 vehicles and approached the house. He heard the officers knocking on the glass door twice, followed by gunshots.

The man said he also heard at least ten shots while trying to hide in front of the property.

According to a member of the team involved, the police went to the house to execute a search warrant, but a foreigner inside had opened fire at them. On Wednesday night, a combined team of Chon Buri, tourist and immigration police, led by Pol Lt Gen Thiti Saengsawang, acting chief of Chon Buri police, started inspecting the scene.

A police source later revealed that a 9mm machine gun was used during the shooting and officers had found 40 spent 9mm cartridges scattered near the door.

Thai media reported that agents who came to the house were looking for evidence to confirm if a group of Chinese nationals renting the property were members of a mafia gang, as they appeared to be unusually wealthy.

On Thursday, Police chief Pol Gen Suwat Jangyodsuk mentioned suspicion of online gambling activities as the reason behind the raid.