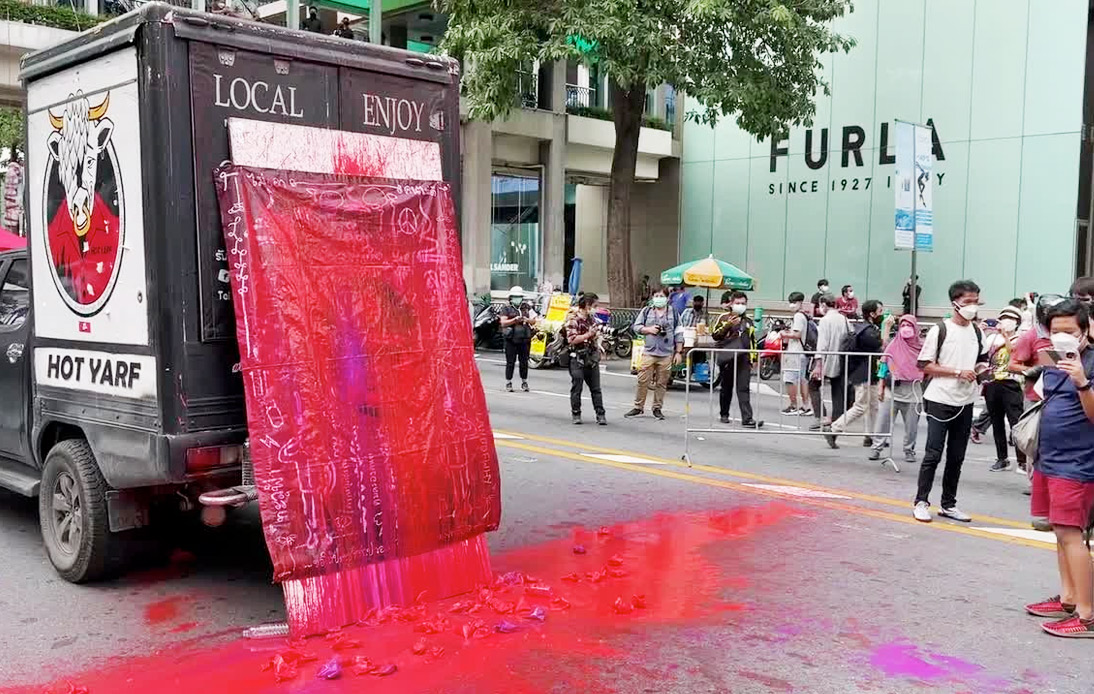 The rally was held a day before a crucial vote by lawmakers on General Prayut and five other cabinet ministers who have been questioned by opposition politicians since August 31.

Local media reported that thousands of people gathered on Ratchadamri Road outside the CentralWorld shopping center.

Protesters attended a call from the Thalu Fah movement and the United Front of Thammasat and Demonstration to join the demonstration, which ended with no incident around 8:00 p.m.

Again, as in most of the protests organized last month, demonstrators criticized authorities for failing to contain the surge in Covid-19 cases.

Protest groups that gathered yesterday are linked to the student-led movement that started demonstrating in June 2020 to demand the prime minister’s resignation, a new constitution, and the monarchy’s reform.

However, a revived movement led by veteran red-shirt activists Nattawut Saikuar and Sombat Boonngam-among has also been protesting against the government.

They have organized car mobs and street rallies for the past few weeks, including one at the Asoke intersection on Thursday, and plan to keep protesting until General Prayut leaves office.

“We will use Asoke as a fort to hold activities against Prayut every day,” Mr. Sombat told Reuters.

All Thais will keep their eyes on Parliament today when MPs are scheduled to vote on the prime minister and other cabinet ministers. The voting takes place amid growing rumors of an attempt to remove General Prayut from power.

Meanwhile, the prime minister said he had no intention of reshuffling his cabinet or dissolving the House.

On Friday, Mr. Nattawut said the vote’s results would define red-shirt activists’ future rallies. However, he previously said that he did not expect coalition MPs to betray the prime minister.

General Prayut, whose 18-party coalition now has 276 votes, needs at least 242 of all 482 votes from MPs to survive the debate.