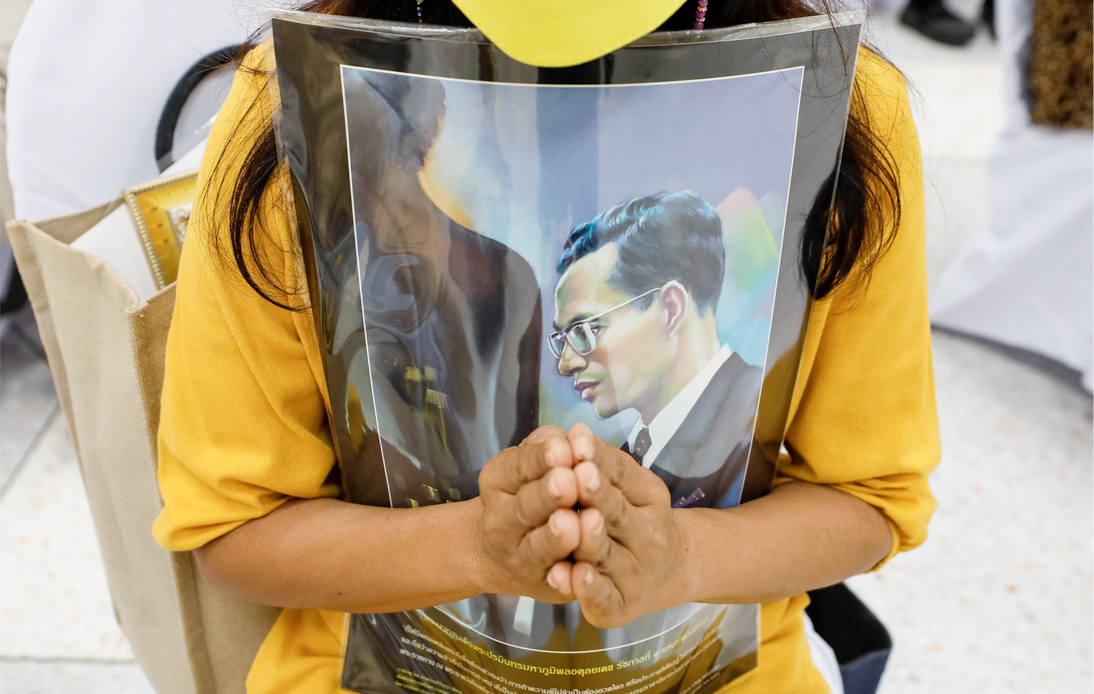 The Thai Public Relations Department and the general public have organized events across the country to remember the late King Bhumibol Adulyadej on his passing’s fifth anniversary.

On Wednesday, Thais gathered in several cities to pay their respects to His Majesty King Bhumibol Adulyadej The Great. At Siriraj Hospital, where the late King received his medical treatment before his death, a religious ceremony was held around 6:30 a.m.

Professor Dr. Prasit Watanapa, Faculty of Medicine’s dean at Mahidol University, leading executives, nurses and the public’s members attended the event and presented alms and other necessities to ten monks.

Attendees then joined in the prayers chanting to the late King.

Dr. Prasit asked hospital executives to pay their respects and read a statement praising the late monarch in front of his portrait around 8:10 a.m.

Hundreds of people clad in white and yellow also attended a ceremony in the courtyard outside a hospital building where two enormous portraits of His Majesty King Bhumibol Adulyadej The Great were installed.

Additionally, a saffron robe offering ceremony (thod phapa) with the Supreme Patriarch was organized to raise funds for the late monarch’s scholarships for monks.

The PRD’s chief led participants in paying tribute to His Late Majesty after a speech honoring the late monarch’s contributions to Thailand’s people. Attendees observed 89 seconds of silence, as King Bhumibol was 89 years old when he passed away on October 13, 2016.

Lt. Gen. Sansern paid respect to a portrait of His Majesty to conclude the ceremonies.