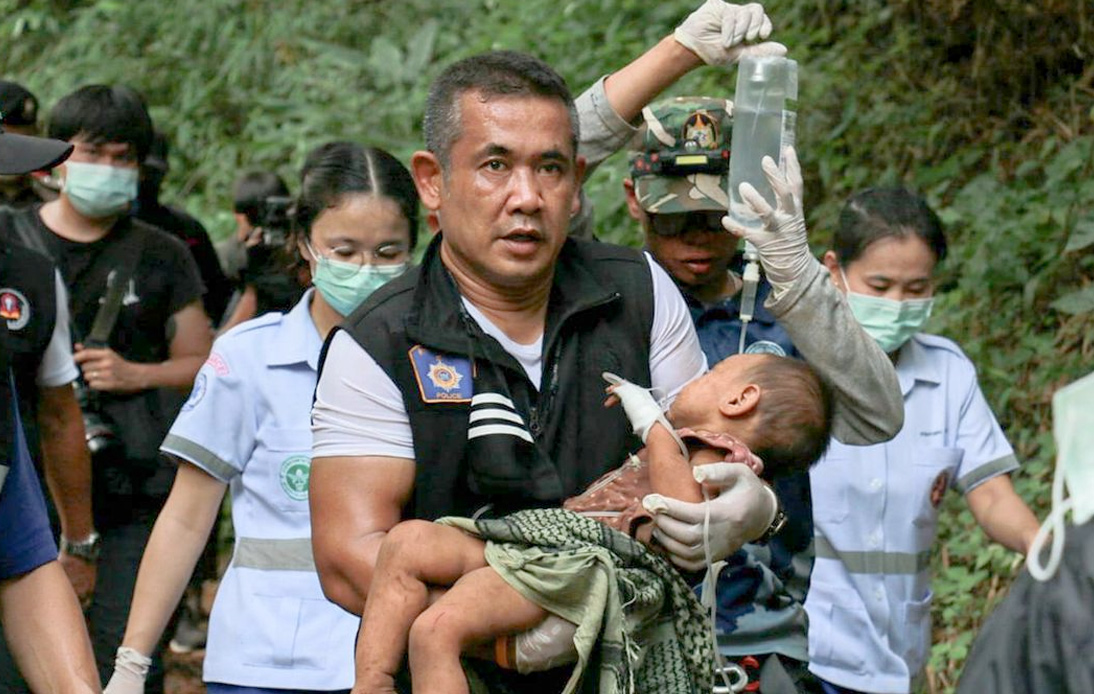 On Wednesday, rescuers found a 23-month-old girl missing from her Chiang Mai home in a hut where she was reportedly taken by her abductor.

Investigators, accompanied by her relatives, located Phonsiri “Nong Gina” yesterday after she disappeared from a remote village in Chiang Mai’s Mae Taeng district on Sunday.

Local media reported that the girl was rescued about two kilometers from her home in Haui Fak Dab village in Tambon Inthakhil, where she was last seen before disappearing. She was reportedly in a hut surrounded by corn and sugar canes fields near a cave.

According to authorities’ reports, the girl was covered in insect bites, was wearing only a shirt, and appeared exhausted.

Rescuers gave Nong Gina milk and water and took her to Mae Taeng Hospital for a checkup.

Her parents, other family members and officials, who set up a search center at a local school, were happy to hear the news.

According to Pol Lt Gen Prachuap Wongsuk, Provincial Police Region 5’s commissioner, everyone was jubilant to have found the girl alive and safe.

Investigators would continue questioning the alleged kidnapper to find out his motive, he added.

On Wednesday, provincial police chief Pol Maj Gen Pichet Jiranantasin said a 44-year-old Myanmar man had been detained as the main suspect in the case. He reportedly instructed rescuers to find the girl, saying that he had left her near a cave.

The suspect was later identified as Siew, a Myanmar citizen and a friend of the girl’s father, Suriya Wongsilaruang.

Pol Maj Gen Pichet said that, after being detained and questioned, the man confessed that he took the girl to the village and left her about three kilometers away as a sacrifice to the spirits in the forest and the mountain.

The girl’s disappearance from her home sparked a huge search, with rescuers doing their best to find her alive.

After two intense questionings where he evaded most of the investigators’ inquiries, Mr. Siew confessed to the abduction yesterday morning, Pol Maj Gen Pichet stated.

The suspect insisted that he had not killed Nong Gina. He said he left her in front of a cave and returned to the village.

Rescuers took Mr. Siew with them to the cave where he said he had abandoned the girl and finally found her, Pol Maj Gen Pichet added.