Russell Crowe Is in Bangkok Much to Social Media’s Interest 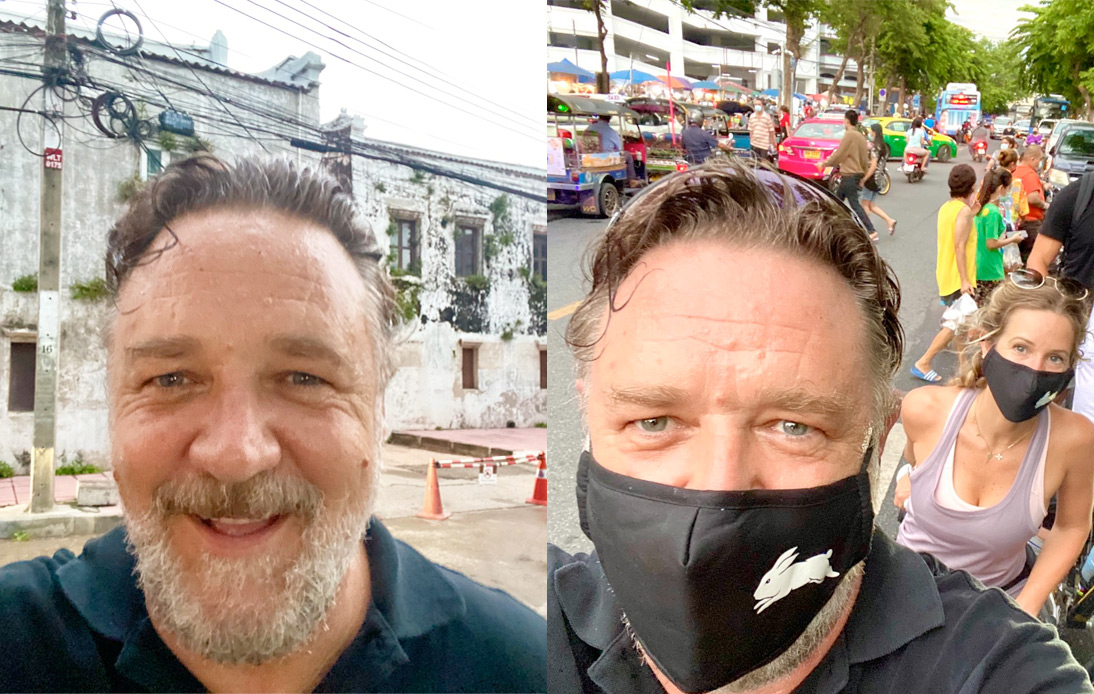 Hollywood actor Russell Crowe is currently in Thailand to start filming “The Greatest Beer Run Ever,” a Vietnam War movie based on a book that goes by the same name. He stars in the flick along with other well-known names including Zac Efron.

Social media across Thailand went into meltdown on Friday as the New-Zealand born star of Gladiator posted some photos on his Twitter account from Bangkok, where he had just arrived, having completed quarantine in Phuket.

He spent 14 days in Phuket province to complete the mandatory quarantine, becoming the first major international celebrity to apply for the sandbox scheme and travel to the country during the pandemic.

While exploring the island and visiting some tourist spots, he took the opportunity to share his different experiences through his social media accounts, explaining how the Phuket sandbox and the quarantine process work.

“Go and look at Phuket. I’m sure the rest of the country has amazing experiences to share too, but, at this point, I think Sandbox Quarantine for vaccinated travelers only applies to Phuket,” Russell wrote in one tweet posted on his @russellcrowe account.

The world is still going through the devastating Covid-19 pandemic, but some countries have started establishing programs to allow tourists’ entry. Thailand launched its Phuket Sandbox Scheme in July, expecting to attract fully vaccinated travelers to boost its tourism-reliant economy.

Crowe applied for the program and started sharing photos on October 11th while being quarantined in Phuket. He complimented Thai people and their culture, as well as the country’s scenery.

The actor is believed to have traveled from Australia to Thailand on September 18th, which was largely unknown until his social media posts this week.

Since he started posting, he has uploaded plenty of pictures showing various Thai landscapes, temples, and emblematic places.

Crowe shared some selfies with famous icons and landmarks, including Chinese shrines, Tuk-Ruks and Kanlayanamit Temple.

After completing his quarantine period, he was authorized to leave the island and posted some photos upon reaching Bangkok. While in the capital, he shared a picture admiring the infamously unique tangling electrical and telephone, and captioned it: “Bangkok Dreaming.”

“The Greatest Beer Run Ever” is an upcoming drama movie based on a same-name book created by Joanna Molloy and John “Chickie” Donohue.

According to prime minister Prayut Chan-o-cha, Thailand is an attractive destination for moviemakers. Therefore, the government would facilitate the traveling process for them, he told reporters on Friday.

During a visit to Ubon Ratchathani, general Prayut said all officials, vendors, business operators, and the public’s members should take credit and be proud of Phuket Sandbox’s success.