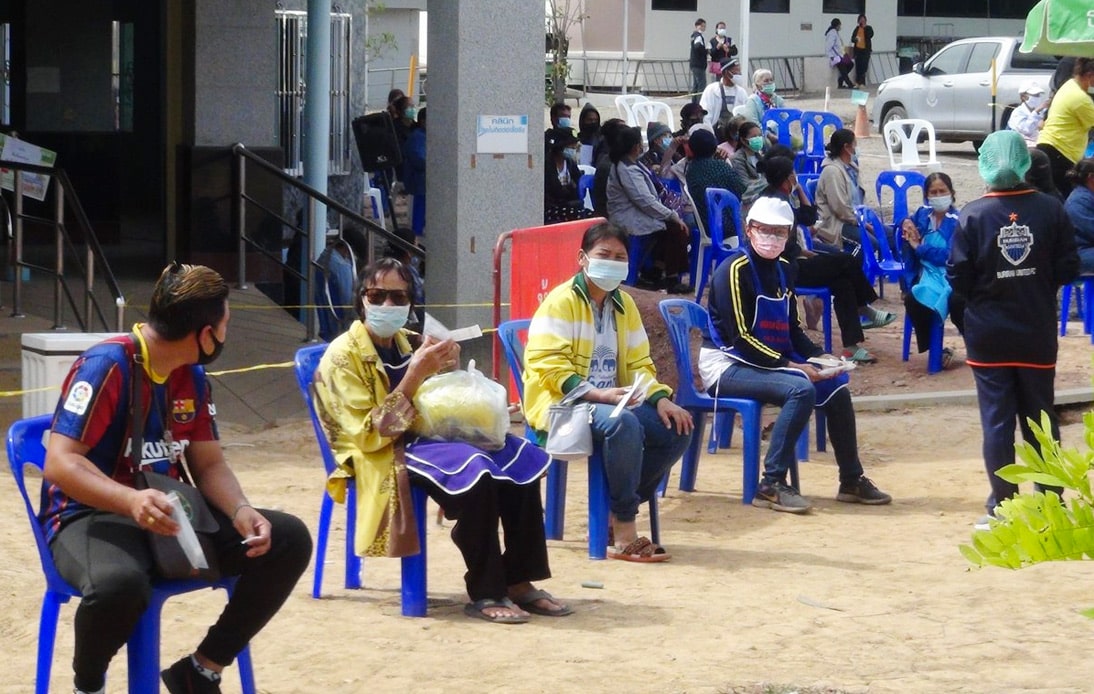 COVID-19 cases linked to a hotspot in Samut Sakhon have been detected in provinces around the country, as The Disease Control Department said on Wednesday.

The infections have now reached 22 provinces as far north as Phetchabun, as far northeast as Khon Kaen, and as far south as Phuket and Nakhon Si Thammarat.

Bangkok has the highest figure with 16 patients. Nakhon Pathom follows the capital with 10, Chachoengsao has 6, Samut Prakan and Saraburi have 5 each and Pathum Thani has reported 3 patients so far.

There are two cases each in Kamphaeng Phet, Nonthaburi, Prachin Buri and Ayutthaya.

Besides, there are 12 provinces with a single coronavirus case. Those are: Chai Nat, Khon Kaen, Krabi, Nakhon Ratchasima, Nakhon Si Thammarat and Phetchaburi.

The first case of the Central Shrimp Market in tambon Mahachai of Samut Sakhon’s Muang district was a Thai vendor who tested positive on December 17. More cases appeared in the neighbouring provinces the following days.

According to the latest reports, the virus has spread far beyond the province. It was apparently carried out by vendors who visited the shrimp and the other nearby markets to buy seafood or by people transporting shrimp and other seafood to and from the markets.

However, they did not divulge details of the cases found in dormitories of migrant workers in Samut Sakhon, which is the COVID-19 hotspot.

In an afternoon briefing, the department then released more figures showing that 1,202 out of 6,314 (19%) people tested positive since the first case was found a week ago.

Most of the infections were in migrant workers, tested in several places, including the Central Shrimp Market.

The latter is the epicenter. 44% of 2,025 people tested were infected there.

The majority of the market’s labor force is made up of workers from Myanmar and other migrants, including Laotians.

Samut Sakhon has almost 300,000 migrant workers and most of them are from Myanmar, but that figure does not include people who enter Thailand illegally.

Sophon Iamsirithavorn, director of Division of Communicable Diseases, said the percentage of those testing positive for coronavirus was lower in areas beyond the market and in places now locked down.

“You can go to those provinces,” he said.