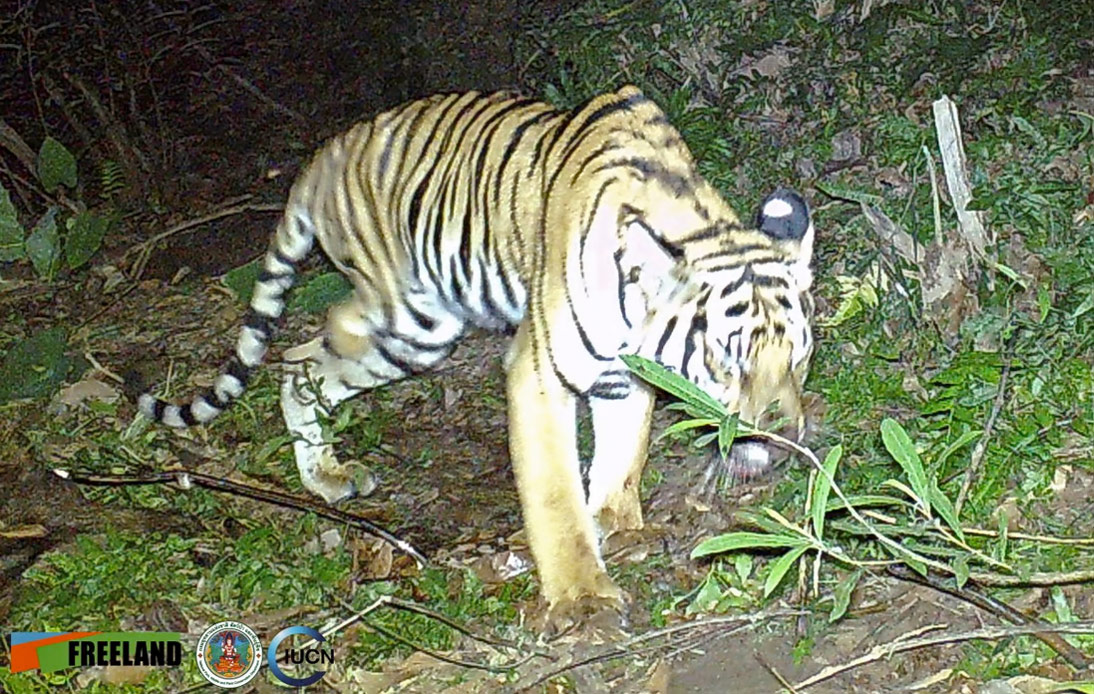 Rangers and wildlife activists strive to rescue a wild tiger with a missing leg in a remote jungle on the Myanmar border, where poachers have reportedly operated for the past few days.

According to the wildlife protection organization Freeland, a video recorded by a remotely operated camera trap captured the animal feeding on a water buffalo carcass in Khao Laem National Park in Kanchanaburi province on Sunday night.

Freeland staff commented that the tiger’s missing leg was visible. They said the animal, nicknamed “I-Douan” or “the amputed one” in English, was moving awkwardly around the carcass in the thick forest.

Experts fear that the slow-moving female is at risk of being hunted or dying from starvation as her long-term disability can make catching prey difficult.

Freeland’s workers have teamed up with staff from Thailand’s Department of National Parks, Wildfire and Plant Conservation to waylay the animal with a tranquilizer dart to take it to a government facility where it can receive proper food and care.

Freeland-Thailand’s executive Petcharat Sangchai told The Associated Press that it was not difficult to find the tiger. “We use the body of the dead buffalo or cow and sit and wait for her to eat the remains, and we can use the sniping gun to shoot her,” Petcharat added.

It is not known how the animal lost its limb, but Freeland’s experts suspect that it was a victim of poaching. The wildlife protection organization said using snares was common in jungles across the Southeast Asian region.

Last month, ranges arrested five men who had two tiger carcasses. Three weeks later, a man claimed that he had been attacked by three tigers that killed his two dogs, but he allegedly escaped by climbing a bamboo clump.

Local authorities revealed that video cameras had been installed in response to tiger activity in the area, which was previously not known to harbor such animals.

Thailand is home to the largest Indochinese tiger population, but reports say it is endangered throughout its range. Wildlife officials stated that 177 wild tigers lived in the country.