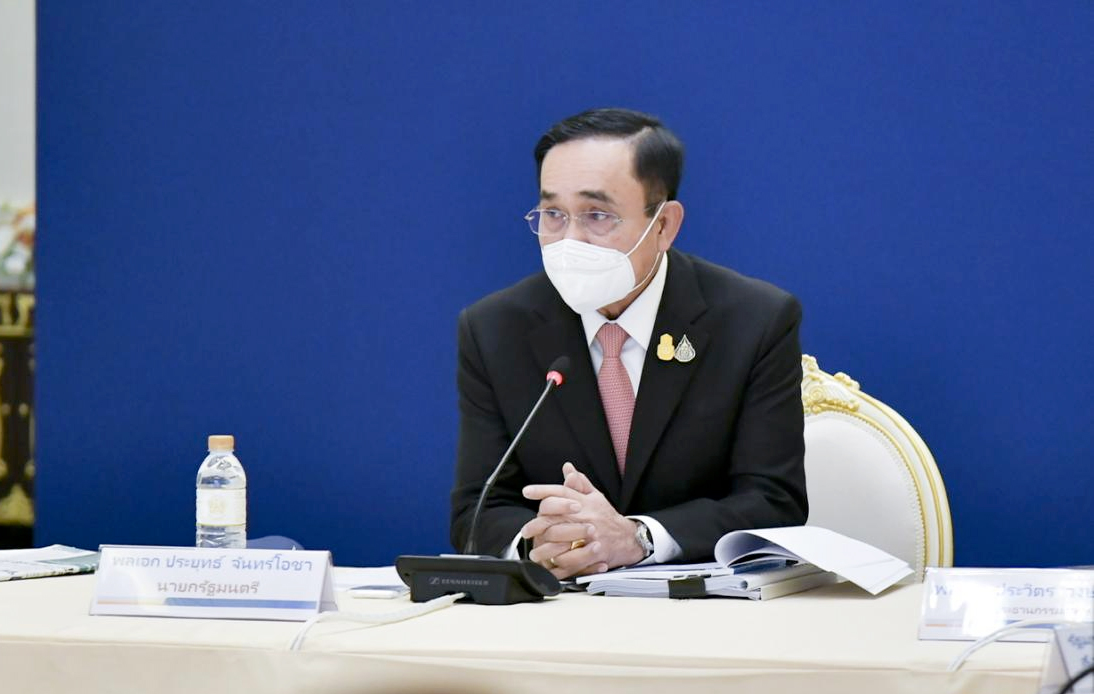 General Prayut Chan-o-cha must choose whether to remain in the ruling party Palang Pracharath as it declines in political popularity three years after joining as its prime ministerial candidate, or switch to a new party that raises his hopes for another term.

The prime minister has lost control and influence in Palang Pracharat as he saw a decline in the ruling party’s popularity.

However, other parties have emerged as “reserve” to back General Prayut if he decides to ditch Palang Pracharath’s flag.

Thai media reported that the Ruamthai Sarngchart, founded by Prime Minister’s Office vice-minister Seksakol Atthawong, had been the latest party to offer itself as a vehicle for General Prayut to keep in government.

Creative Thailand Party, which emerged in late 2020 amid speculation that six ruling party ministers close to the prime minister would join, is another alternative.

Conservative politicians believe that General Prayut remains the favorite among the prime ministerial candidates and will have the support of the 250-member Senate, which is authorized to join the Lower House to vote for who will retain the post after elections.

Political analyst Wanwichit Boonprong from Rangsit University said that the senator’s power was a “political trap,” adding: “Political parties [from the conservative camp] realize they cannot find candidates to compete with Prayut, so they are all using him as their selling point.”

With such a benefit, General Prayut has a great chance of becoming Prime Minister again, as several parties see him as a vehicle to reach the next government, a political analyst stated.

Wanwichit also said that the “reserve” parties have also targeted the constituency seats’ expanded pool. “The more constituency MPs a party has, the bigger its bargaining power [in Parliament],” the analyst commented.

Palang Pracharath has realized its declining popularity and started to pave the way for its allies or reserve parties to compete in those districts and come together to form a government.

Stithorn Thananithichot, director of the Office of Innovation for Democracy at King Prajadhipok’s Institute, says General Prayut has begun seeking a backer after losing the ruling party’s control.

“This shows Prayut failed to hold control over the party, so he obviously wants one that he can be in charge of, not one controlled by Prawit where he will continue struggling [against powerplays],” Stithorn said.

Experts also claim that reserve parties come as alternatives for General Prayut’s supporters who disagree with Palang Pracharath’s policies and continue to vote for the ruling party to prevent enemies in the opposition from winning.