Six-Million COVID-19 Vaccines Arriving in June ‘For Sure’ 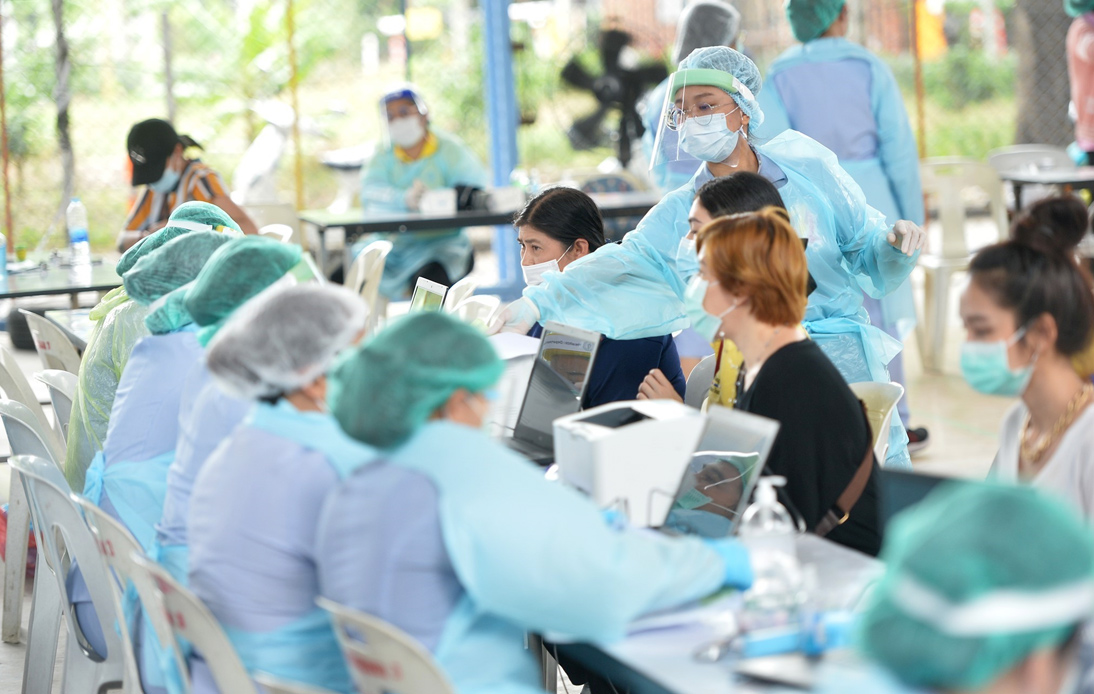 The Public Health Minister, Anutin Charnvirakul, has assured that Thailand will receive 6 million doses of the AstraZeneca vaccine this month.

Those COVID-19 vaccine doses would arrive in batches throughout the month, he said, adding that the first batch is expected to be ready for distribution on June 7. The minister’s statement came after Prime Minister Prayut Chan-o-cha guaranteed that there would be no shortage of COVID-19 shots in Thailand, as the ordered jabs would arrive as scheduled.

Besides, the government has started procuring doses of the Pfizer vaccine, which it plans to use to inoculate people between 12 and 18.

Mr. Anutin also said authorities were in talks with Johnson & Johnson to secure about 5 million doses expected to arrive in the fourth quarter of the year. Additionally, he explained that AstraZeneca vaccines would undergo a quality inspection before distribution.

“I’m confident the first lot will be put out on June 7,” Mr. Anutin added.

Supakit Sirilak, director-general of the Department of Medical Sciences, previously said that 19 samples of the AstraZeneca vaccine, including five produced locally by Siam Bioscience, had passed quality tests.

The Department of Disease Control will decide how many doses will be reserved for vaccine drives in each province, Mr. Anutin went on.

The vaccine manufacturer and the department have yet to define the number of doses in each batch before delivery. However, AstraZeneca must send 6 million doses to Thailand as written in the contract, the minister stated.

Then the Minister of Public Health assured citizens that all vaccines meet the same quality standards.

When questioned about the difficulties in booking jab appointments through any of the currently available channels, Mr. Anutin admitted that securing a spot on a specific date can be difficult due to the high demand for vaccines and logistical difficulties.

“The vaccine has a limited shelf life,” Mr. Anutin added.

Later, he admitted that he had to reject requests from a certain party to purchase a large batch of COVID-19 vaccines. According to the Ministry of Public Health, the CCSA plan would unfold as stipulated, and around 70% of the country’s population would receive their first jabs at the end of September.