Songkran To Go Ahead With Social Distancing 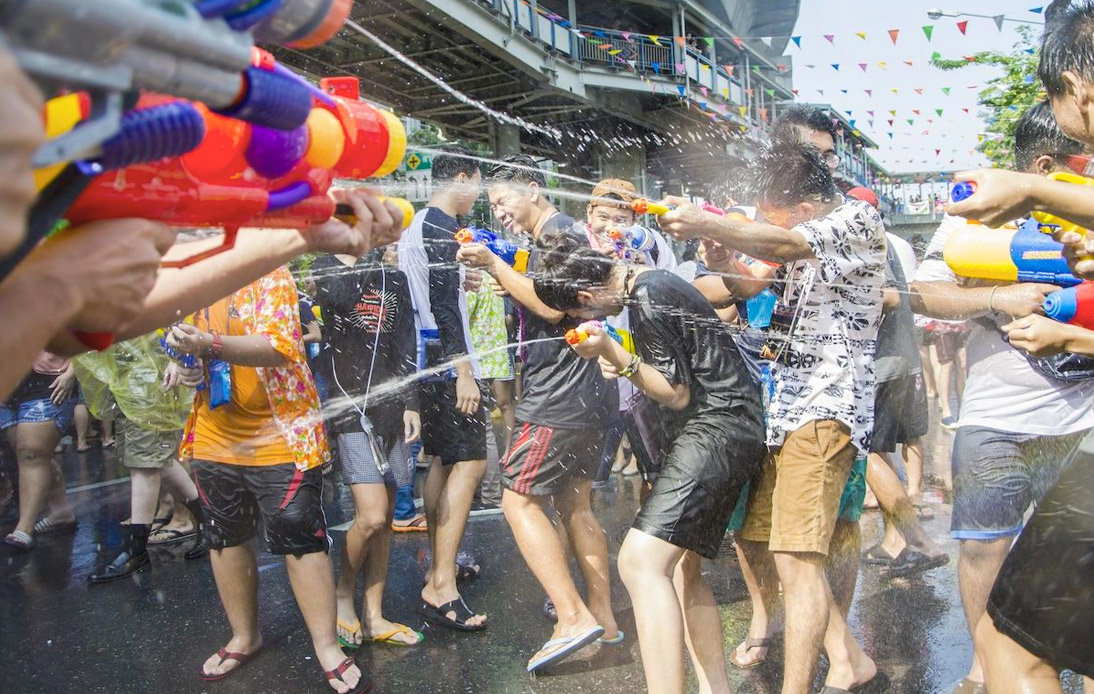 In order to stimulate tourism and the economy, authorities have authorized the annual Songkran festival for next month. However, the celebrations must comply with disease control measures to avoid an increase in COVID-19 cases.

On Wednesday, Prime Minister Prayut Chan-o-cha announced further easing of travel restrictions amid the pandemic in an attempt to stimulate the economy.

In an interview at the Government House on the COVID-19 restrictions’ relaxation, he said that the Songkran festival could be fully carried out as long as social distancing rules were respected.

Gen Prayut also said he hoped authorities would ease the measures even further, which could further boost the spirits around the festival’s time.

“The government is in the process of considering what can be allowed, whether to allow some activities or all of them. But if the virus spreads [because of it], the government might be blamed for it,” Gen Prayut said.

“So I call for your understanding. Easing restrictions is not an easy call to make since the government has to take responsibility for the whole country,” he added.

Meanwhile, Culture Minister Itthiphol Kunplome announced that the ministry decided to allow the activities but stressed the importance of strictly maintaining disease prevention measures, adding that “chief among the measures are social distancing and capacity limits.”

He explained that the organizers of Songkran celebrations, particularly those in famous places like Khao San Road, could decide whether to organize any activities this year.

Besides, the Tourism Authority of Thailand (TAT) Governor Yuthasak Supasorn said the Songkran festival “has to proceed as usual.” Sanga Ruangwattanakul, president of the Khao San Business Association and CEO of Buddy Group, said permission for Khao San Road to host the festival offers hope to entrepreneurs in the area who have struggled with the consequences of the lack of tourists.

“We know that it won’t help much as there are still no international tourists, but at least it is a good starting point to reignite business activities on Khao San Road,” he said.

Meanwhile, CCSA spokesperson Dr. Taweesilp Visanuyothin said the policy of easing restrictions during the festival was still being developed, adding that the center needed to discuss more details and that the public would be brought up to speed when more became known.

Moreover, the Secretary-General of the National Security Council, General Natthapon Nakpanich, spoke on Wednesday about the progress in using vaccine passports in Thailand.

He said that the Ministry of Public Health was considering the initiative. Afterward, he was asked if Songkran celebrations would be allowed if nothing unexpected happened, and he answered yes but cautioned that infections are likely to persist at current rates.

There would be no more days without cases, he said.