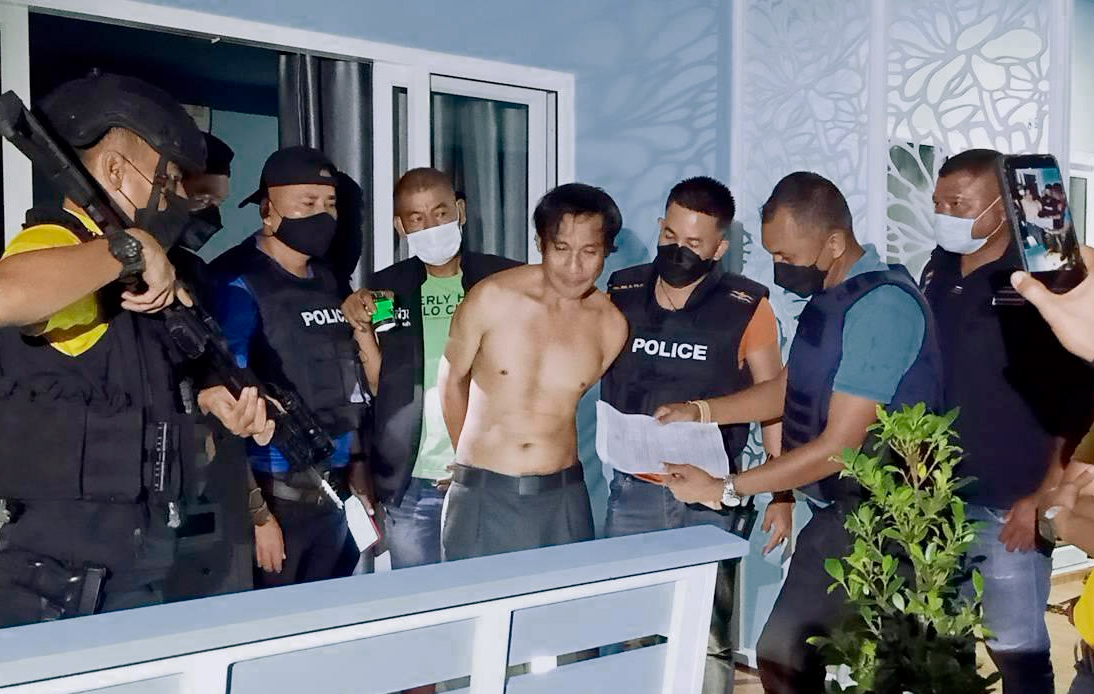 On Tuesday night, police arrested a man who allegedly shot his father dead at his home in Songkhla’s Hat Yai late on Monday.

A surveillance video reportedly showed the 60-year-old man, later identified as Seree Kuldamrongwiwat, shooting his 88-year-old father. On Tuesday, the Songkhla Provincial Court issued an arrest warrant against him for alleged patricide, illegal possessing and carrying a weapon in public.

According to police documents, the suspect’s motorcycle was parked in front of the bungalow. Officers arrested him, searched the place, and found a .45 handgun.

Clothes similar to those the shooter was wearing in the video were also retrieved, the investigation police chief said.

During questioning, the suspect admitted to investigators that he had killed his father before fleeing by motorcycle to Nakhon Si Thammarat and reportedly said he had planned to move elsewhere on Wednesday.

Mr. Seree was arrested and charged for allegedly killing his 88-year-old father, Phit Kuldamrongwiwat, after a heated argument on Monday night.

Police said eight shots were fired, but the suspect told officers he didn’t remember how many shots he had fired at his father because he was angry.

Mr. Seree’s 40-year-old wife Saowalak Ploeng, who was on the property when the shooting happened, told police that her husband started arguing with his father after returning from work on Monday night. Gunshots were heard shortly after, the woman said.

Authorities took him back to the Hat Yai police office, where he would face legal action.