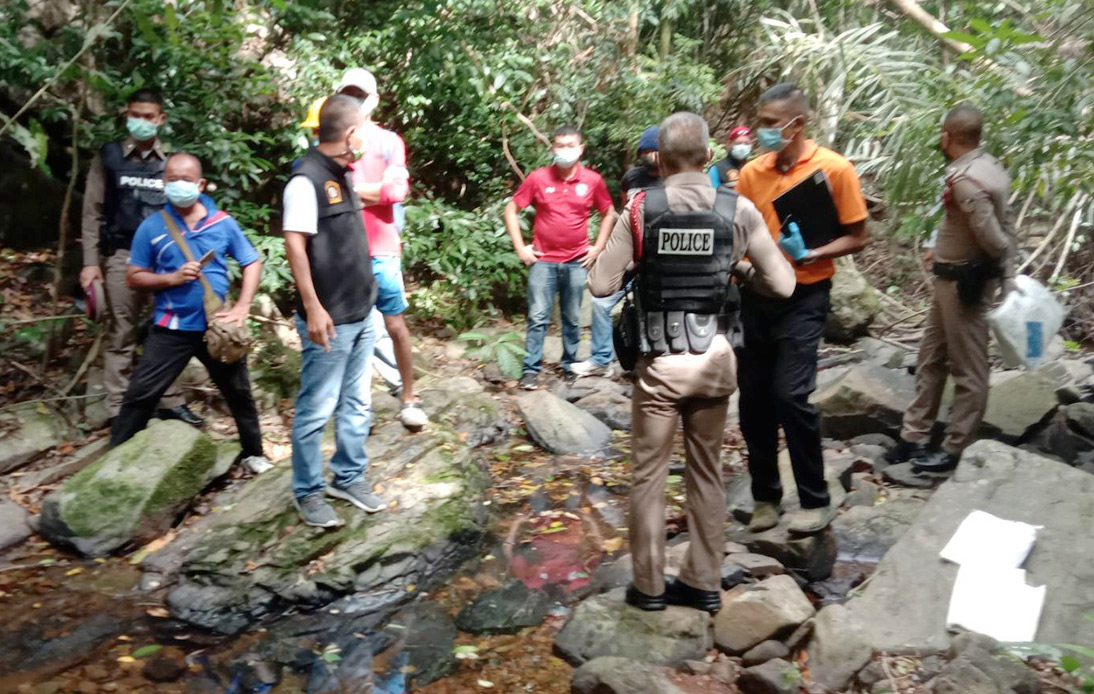 Authorities reported that a 57-year-old Swiss woman who came to Phuket under the Sandbox scheme was found dead among rocks at the Ton Ao Yon waterfall in Wichit on Thursday afternoon.

The female tourist is believed to have been raped and murdered.

Natthapong Seedam, 31, a native of Tambon Wichit in Muang district, found the body, whose feet emerged above the water, around 1:30 p.m. and informed local police.

Later, police officers found the woman’s body lying face down and covered by a black sheet in the water about a kilometer from the waterfall’s entrance, authorities added.

The 164-centimeter-tall woman wore a pink T-shirt, a jacket, and a necklace with a silver-like coin.

Officers also found some documents, including her identification card and what appeared to be her passport.

According to police estimates, she died at least three days ago.

Denim shorts and panties were found near her body. Police also spotted black sneakers and a mobile phone.

Official reports said the woman had arrived at Phuket airport on July 13 under the Phuket Sandbox non-quarantine reopening scheme designed by the government to revive tourism.

An immigration police source said the woman had arrived alone from Singapore.

Subsequently, she stayed at the Dusit Thani Laguna hotel from July 13 to July 27 and moved to The Mooring Resort hotel shortly after.

The woman was reportedly last seen on Tuesday afternoon. An unidentified witness stated that the woman walked out of the hotel towards a beach around 2:00 p.m. Tuesday.

However, an alarm was not immediately raised when she did not return to the hotel the same day as she had already complied with the strict two-week quarantine period.

The woman had visited Phuket in 2019, authorities said. Later, she left Chiang Mai province for Singapore.

Her body was sent to Vachira Phuket Hospital, where an autopsy will be performed.

The police continued gathering evidence. Also, the Royal Thai Police’s head will reportedly fly to the island today to oversee the investigation.