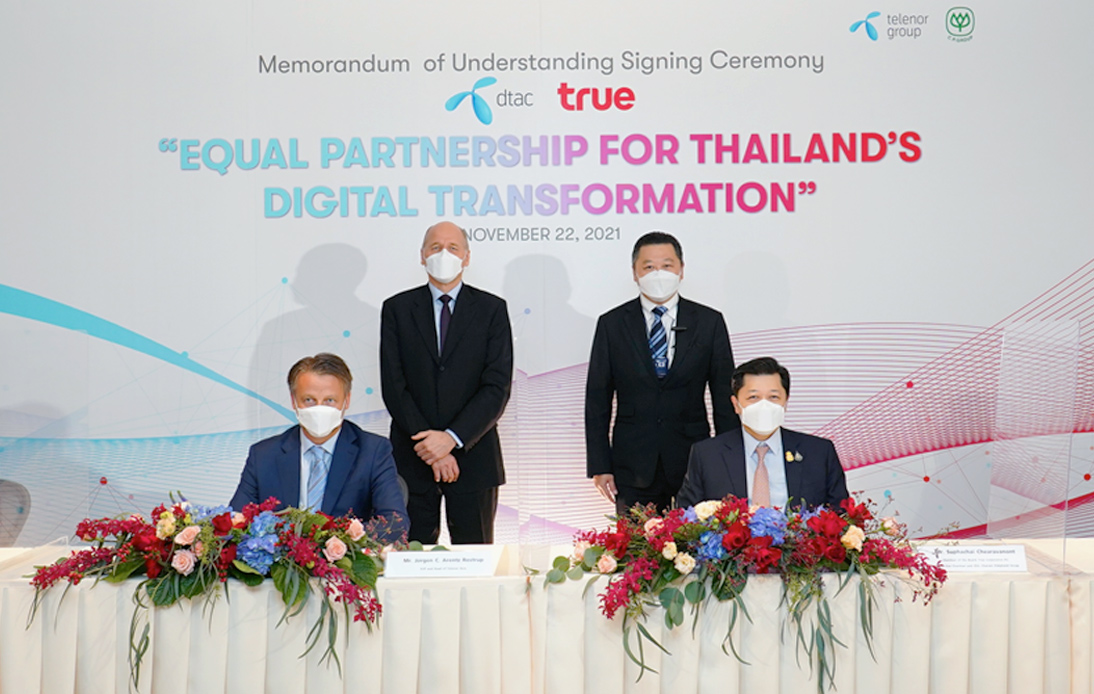 On Sunday, a source said the National Broadcasting and Telecommunications Commission (NBTC) would meet with DTAC and True to clarify their businesses’ prospects after the negotiation.

According to the source, DTAC officials were set to meet with the NBTC yesterday, while True representatives plan to attend the regulator’s meeting today.

All parties involved will discuss several key issues, including the telecommunications industry’s changing landscape and the potential market domination if the merger is successful.

Merger rules and regulations require DTAC and True to inform the NBTC about their negotiation within 90 days before it occurs.

True Corporation Board’s CEO and Chairman Supachai Chearavanont explained that the telecommunications landscape had changed rapidly in recent years thanks to new technologies, more proposals for new forms of digital services, and a wider market for telecommunications competition.

Such factors force telecom operators to make adjustments quickly, he said. Mr. Supachai added that they had taken a step in that direction, as they hope to empower the new generation to become digital entrepreneurs by leveraging an advanced telecommunications infrastructure.

“As a telecom-tech company, we can help unleash the enormous potential of Thai businesses and digital entrepreneurs, as well as attract more of the best and the brightest from around the world to do business in our country,” he stated.

The announcement came two days after Telenor said it was in talks with CP Group to explore a possible merger between DTAC and CP’s True.

True did not deny such statements. Its chief financial officer Yupa Leewongcharoen told the Stock Exchange of Thailand (SET) that it would inform authorities about any clarification if required.

Also, Telenor said there were “open issues outstanding” and no certainty that the discussions would result in a final settlement, adding that the company would not provide further comment at this stage of the process.