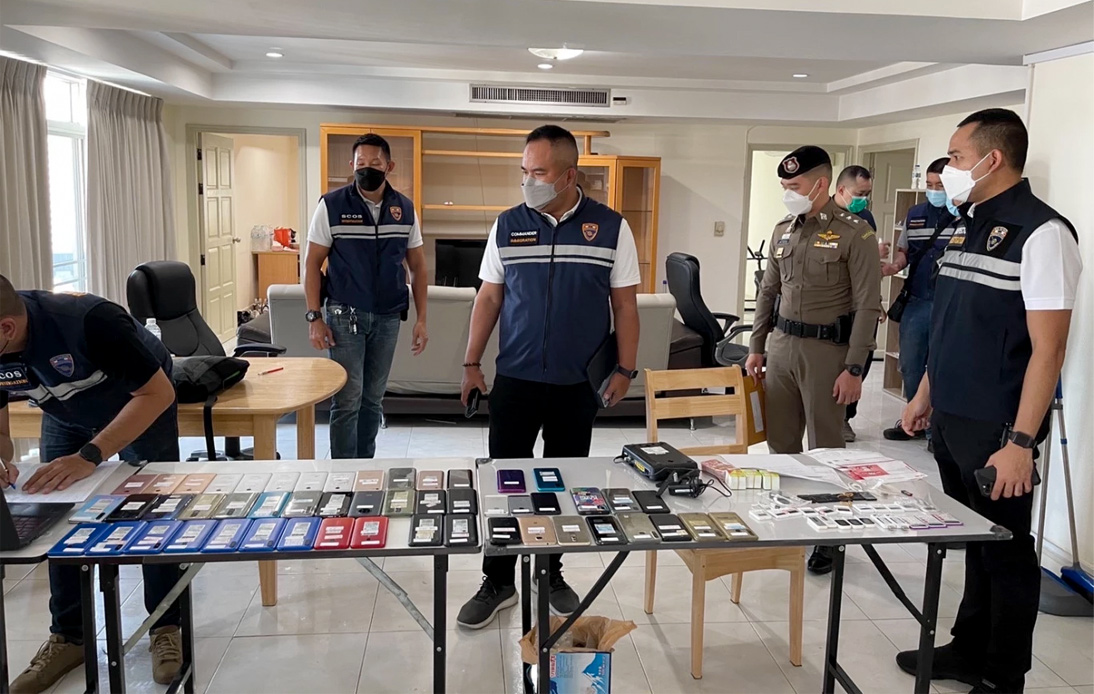 The arrests came during a raid on a luxury condominium in the capital’s Wattthana district on Thursday, when a combined team of officers from the Police Cyber Task Force, the Immigration Bureau and the Tourism Police Bureau raided two properties on Soi Sukhumvit 39.

According to Pol Maj Gen Phanthana, the Chinese embassy in Bangkok had requested support from Thai authorities to track down 17 suspects involved in a call center scam in their country.

Police sought court approval to search four locations in Bangkok after discovering the Chinese suspects were hiding in Thailand.

Those arrested were related to other fraud crimes and had reportedly operated online gambling websites. Several managed to flee, but the police will locate them, Pol Maj Gen Phanthana vowed.

Further investigation showed that the suspects were also behind six gambling websites that had more than 100 million baht in circulation each month, he went on.

According to police findings, some Thais were involved with the suspects and rented the rooms where they lived and operated for 50,000 baht per month. Many victims were Chinese nationals.