Ten Officials Have Been Linked to Rayong Gambling Dens 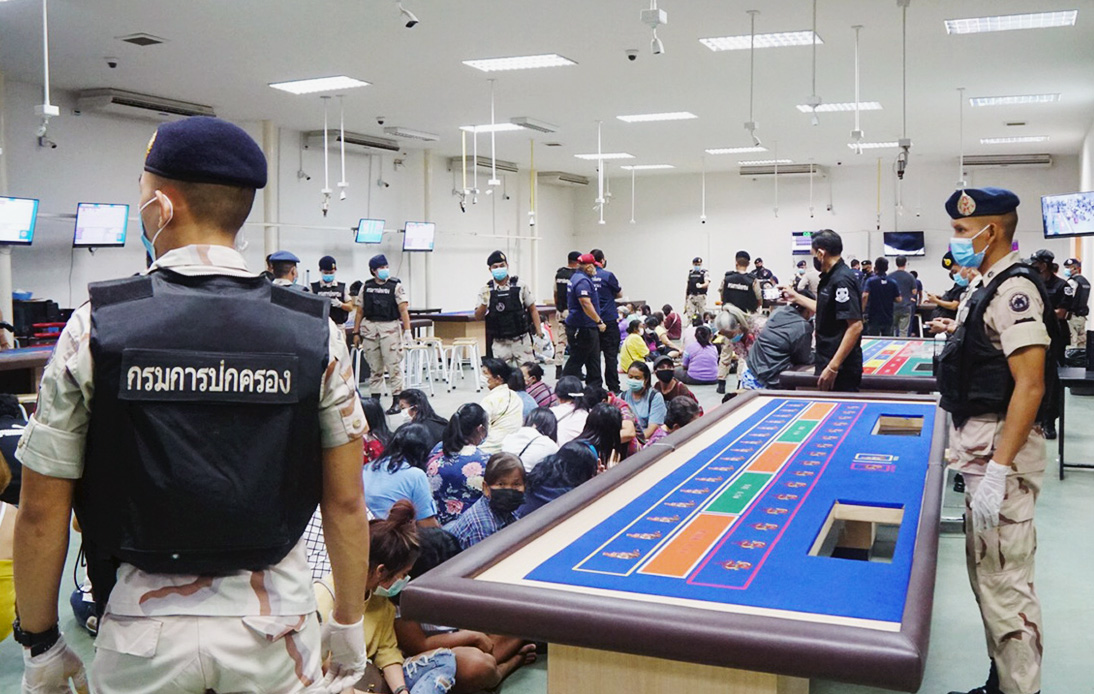 According to a government panel, 10 police officers and administrative officials have been linked to two gambling dens in Rayong, blamed for the second outbreak of coronavirus cases.

Among the measures to deal with the second wave of infections, the government created a special panel.

It was headed by former Permanent Secretary of Justice Chanchao Chaiyanukit and its goal was to find out if there were any officials behind the underground gambling operations.

The panel found that 10 police and administrative officials had conspired to allow the gambling dens in question to operate.

These gambling dens were reported to have more than 100 million baht in circulation at one point. Therefore, as Chanchao explained, anti-money laundering laws will be used to prosecute the officials -although he did not mention them directly in his statement.

The panel had 30 days to complete its investigation.

It is expected to report its findings to Prime Minister Prayut Chan-o-cha in a couple of days, as the deadline was set for February 12.

What about the dens?

The gambling dens that the panel’s investigation focused on were in Rayong and are considered important gambling venues.

According to the panel’s reports, they occupied large facilities but were owned by a single person. The Department of Special Investigations (DSI) and the Department of Provincial Administrations raided both of them.

The panel also said that the owner oversaw the daily operation of the dens.

Both had been in operation for more than a year until they were closed. Chanchao said that illegal gambling could be complicated to detect due to a lack of coordination between law enforcement agencies.

He also said that gambling dens could proliferate since the law was not being strictly enforced against violators.

The former permanent secretary said that the crackdown on illegal gambling would not end with the suspects’ arrest. Besides, he explained that a sub-panel made up of DSI and the National Anti-Corruption Commission could trace the money produced illegally in the gambling dens.

“The number of large underground gambling dens are estimated to be around 200 nationwide, 47 of which are located in Bangkok,” he said.

He added that the panel was also trying to find out who had profited from the bribes offered by the owner or operator of the dens.