Thai Chamber of Commerce Has a Plan To Strengthen Economy 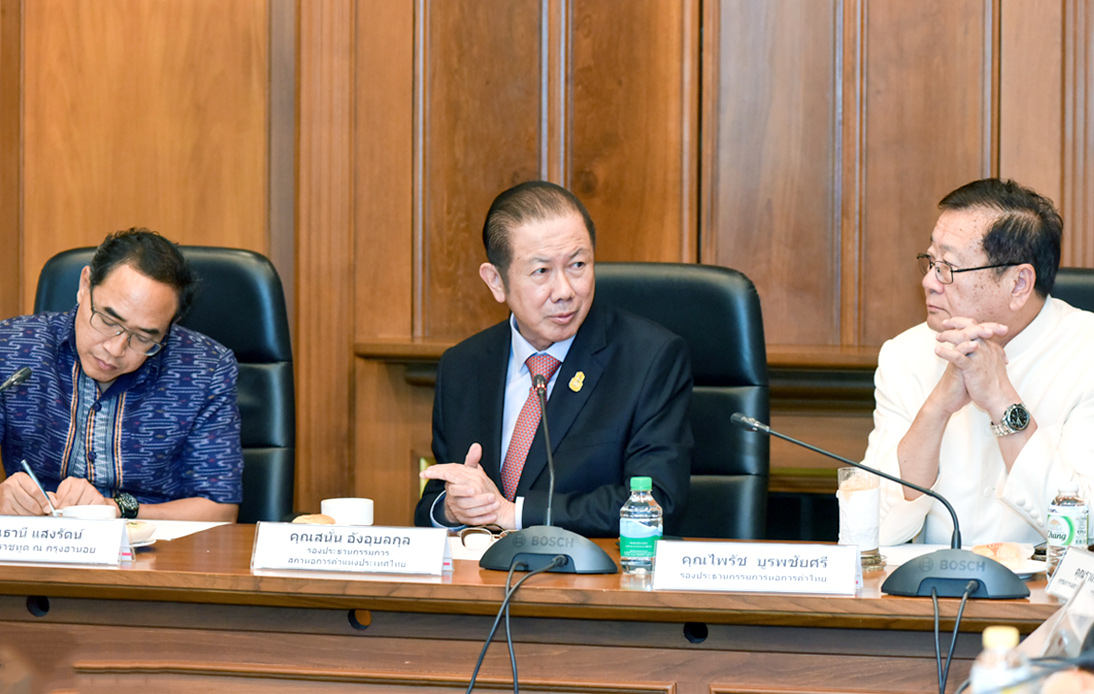 The Thai Chamber of Commerce (TCC) is set to present Prime Minister Prayut Chan-o-cha with a plan to strengthen the national economy, chamber chairman Sanan Angubolkul said on Sunday.

The “dots connecting” white paper places the TCC at the center, bringing together the government, the private sector and the people.

The main objective of the TCC’s idea is to improve the national economy, which has been hit hard by the Covid-19 pandemic, and ensure sustainable economic growth, Mr. Sanan said.

According to the Thai Chamber of Commerce, the economic goal could be achieved by boosting three value chains: trade and investment, farm and food sectors, and services.

The white paper, to be submitted to General Prayut soon, was highlighted at the TCC’s 39th general assembly, whose framework was based on guidelines to revitalize the economy within Mr. Sanan’s 99-day term as the chamber’s chairman.

Such guidelines were adopted to boost confidence in the economy and solve businesses’ operational constraints, especially those faced by small and medium enterprises (SMEs), labor shortages, and other issues.

But increasing economic strength involves connecting the TCC’s five regional branches with strategies outlined by regional offices that are consistent with the national economic and social development plan and the 20-year national government tactics.

Mr. Sanan said the chamber had also developed a plan to connect SMEs under the digital transformation of more than three million Thai small and medium enterprises.

SMEs employ 12 million people across the country, generating 34.2% of GDP or 5.3 trillion baht. However, the sector remains uncompetitive, as it lacks equipment and logistics technology.

Also, many companies have a heavy debt burden and cannot access financing.

In response, the Thai Chamber of Commerce University has collected information from young people in the private and government sectors to educate and train both employees and employers, motivating them to embrace changes and address the problems companies currently face.