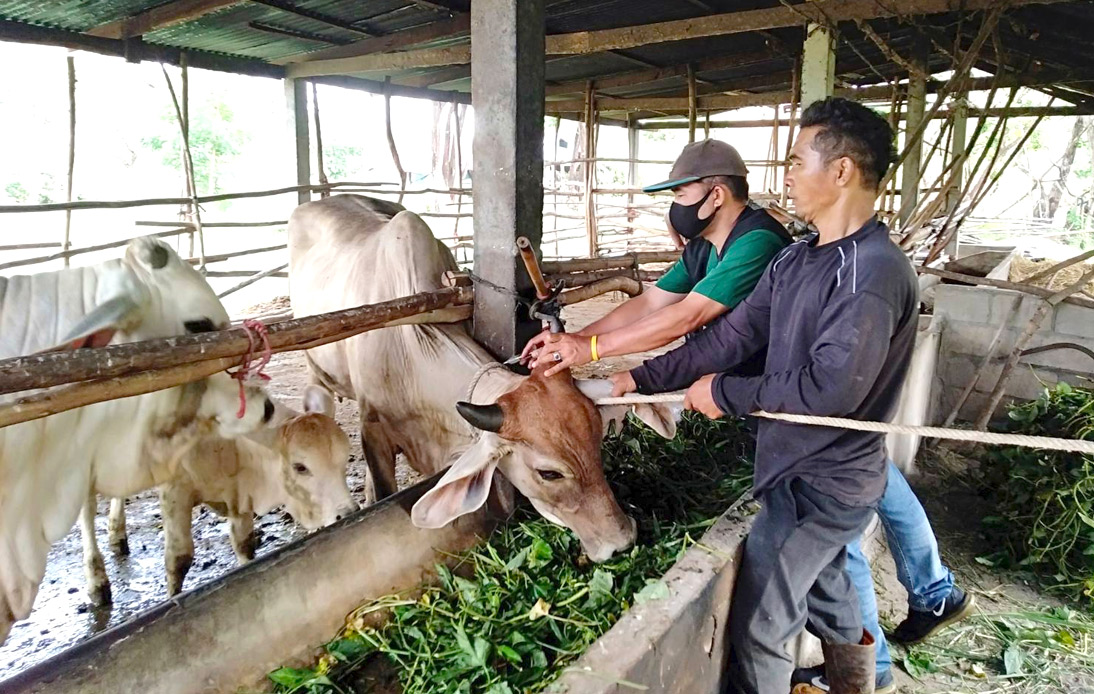 The Mae Chaem district of Chiang Mai province has launched a giveaway campaign for vaccinated residents.

In a bid to boost the local vaccination program, authorities in the northern Thailand district will be giving a live cow to people who have received a COVID-19 jab. All vaccinated residents will have a chance to win the particular prize each week for the rest of the year.

The campaign will start next month and will last 24 weeks.

Since it was announced earlier this week, the campaign has met with enthusiasm in the town of 43,000 people. The lucky villagers, randomly chosen one by one each week, will be prized a young cow valued at about 10,000 baht or $318.78.

“Our vaccine registration numbers have gone from hundreds to thousands in a couple of days,” district chief Boonlue Thamtharanurak told Reuters.

“The villagers love cows. Cows can be sold for cash,” Boonlue said, adding that more than 4,000 people in prioritized groups, including those with pre-existing conditions and those over 60, have already registered to get their shots. The district will roll out its mass inoculations on June 7, following the government’s national rollout.

Other provinces in the country have also launched creative incentives to boost the vaccination program.

Some include cash donations, gold necklaces giveaways, and store discount coupons. Thailand has been working hard to motivate its people to get the jab in order to achieve herd immunity and recover its pandemic-hit economy.

To date, Thailand’s population is estimated at 66 million.

According to official reports, 1.64 million Thais have already received their first doses, and 7 million have registered so far. The incentives to promote vaccines come as the kingdom faces its biggest coronavirus outbreak since the pandemic began.

Thailand has logged 119,585 cases and 703 deaths since last year, but most were reported in the past two months.

The outbreak started in luxury entertainment venues in and around Bangkok, forcing places like nightclubs and pubs to close. Officials worry that the recent number of daily cases may jeopardize their plans to reopen some borders to foreign tourists.