Thai Government Announces Reopening of Most Schools Outside Samut Sakhon 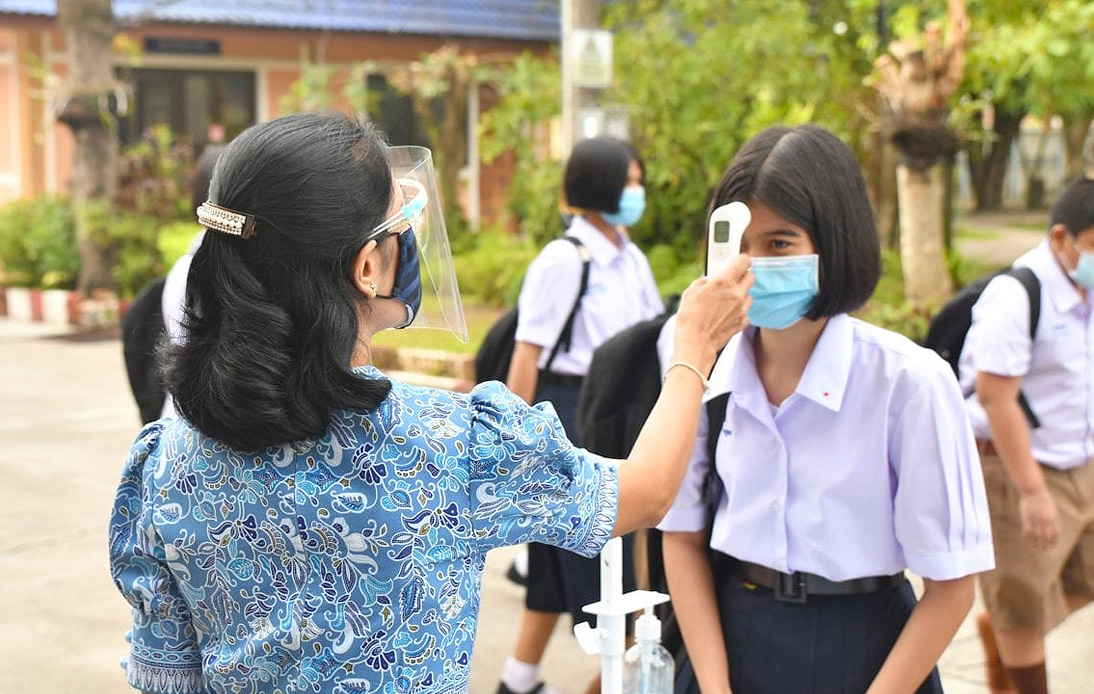 On Wednesday, the Thai government announced that it would reopen most schools across the country, including those in the capital, starting next week. However, Samut Sakhon’s educational institutions were excluded from the list.

The move came in response to the decline in new coronavirus cases in the second wave that is hitting Thailand.

Schools in 28 provinces closed in early January after an order issued by the Education Ministry forced them to shut down amid Thailand’s efforts to curb the spread of the virus. Education Minister Nathapol Teepsuwan said that, as the closure order was lifted, authorities authorized the restart of classes in all but one of those provinces.

Officials decide to reopen schools although Thailand reported the second-highest number of daily COVID-19 infections since the pandemic began.

Health officials reported 819 new cases on Wednesday. However, most of them were found through massive active testing at Samut Sakhon, the second coronavirus outbreak’s epicenter detected late last year.

Thailand had registered a total of 15,465 COVID-19 cases since March last year. The figure tripled as of mid-December when authorities announced that there was a second outbreak in the country.

The number of coronavirus-related fatalities rose to 76, according to government figures.

The decision to open the schools came shortly after Bangkok relaxed some of its restrictions. Authorities in the capital authorized some businesses to open and lifted the shutdown measures for some sports and leisure activities – although bars and nightlife venues must remain closed.

Nonetheless, Mr. Nathapol insisted that all schools must strictly comply with measures to prevent the spread of the virus, including the use of masks and social distancing.

Also, the schools in Bangkok, Nonthaburi, Nakhon Pathom, Samut Prakan, and Pathum Thani can only have a maximum of 25 students in a classroom, Mr. Nathapol said. He also added that schools with insufficient classroom space could assign students to attend classes on alternate days.

Mr. Nathapol also clarified that the order issued applied to both public and private schools under the ministry’s jurisdiction.