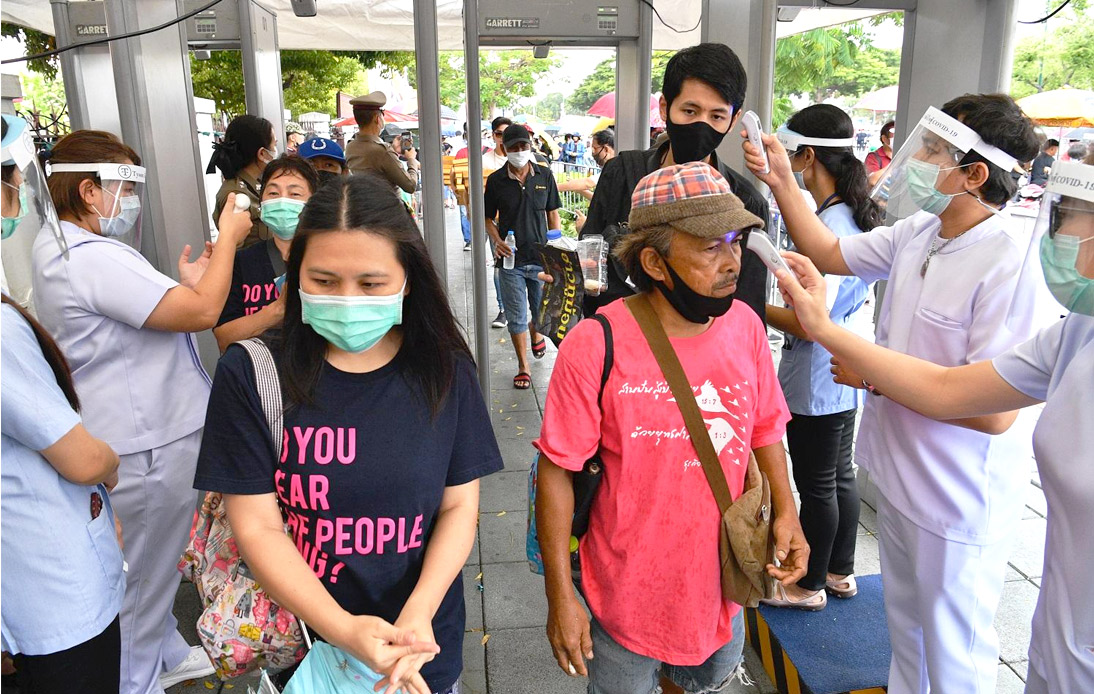 On Tuesday, Thailand’s authorities announced that there were 287 new COVID-19 cases in the country, among which are 278 locally-transmitted infections. It brought the overall total to 10,834 confirmed cases since there was the first case recorded in January last year.

The death toll remained at 67, as there were no new coronavirus-related deaths.

Besides, officials stated that 153 of that group of cases were identified through the conventional health system. The other 125 were found thanks to active testing, and the last nine were quarantined arrivals.

According to Taweesilp Visanuyothin, spokesman for the Center for Covid-19 Situation Administration, 278 infections were local, and the provinces that had been hardest hit by the new COVID-19 outbreak were reporting more cases.

Samut Sakhon province tops the list with 51 new patients. There were also 31 new infections in Bangkok, nine in Samut Prakan and six in Ang Thong.

Dr. Taweesilp also said that the group of 125 new cases that active testing detected was in Samut Sakhon. Four of them were Thais, and the other 121 were part of the migrant community.

As he added, there were numerous dormitories, markets, and factories in Samut Sakhon.

Around the second week of December 2020, the second wave of COVID-19 cases began in Thailand. Ten provinces have recorded more than 50 new coronavirus infections since then.

Provincial governments are making efforts to curb the spread of the virus without affecting the economy of the country.

“People in these 10 provinces should help us contain the disease and will be screened during their inter-provincial trips,” Dr. Taweesilp said.

There are 59 provinces where the new wave of COVID-19 infections has spread to.

However, as Dr. Taweesilp indicated, 6,732 of the 10,834 cases had recovered, including 166 patients discharged during the last 14 hours. He also said that 4,035 were receiving treatment, with 28 people that were seriously ill.