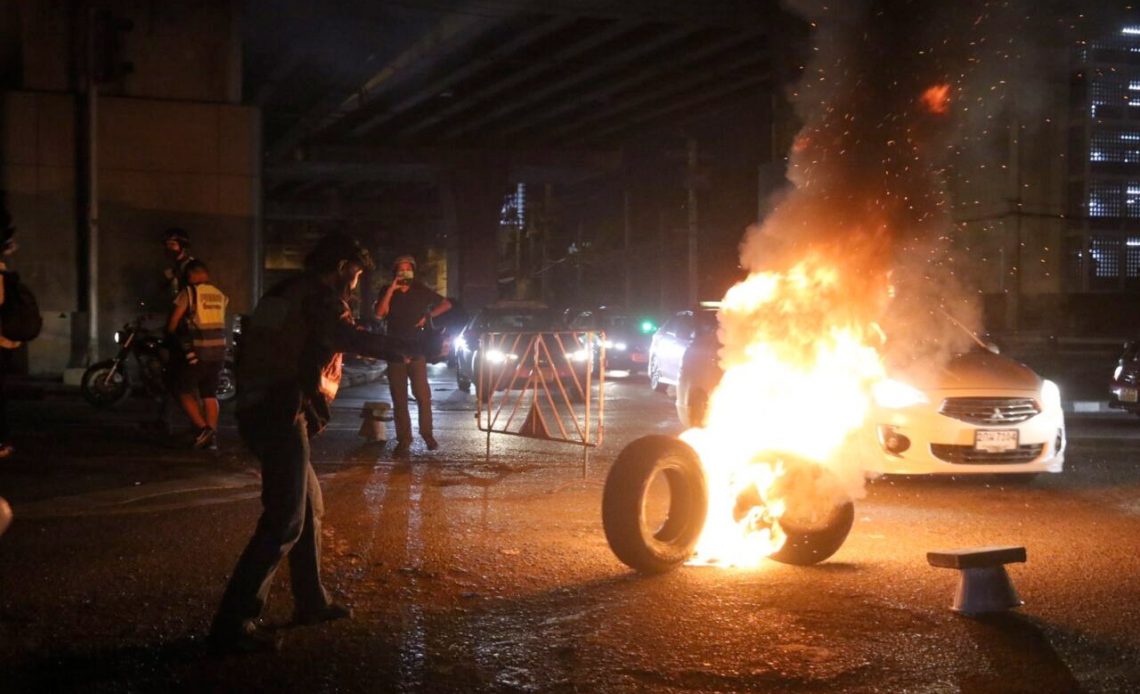 On Sunday, Thai Lawyers for Human Rights (TLHR) reported that 20 people arrested did not participate in the protest but were taxi drivers or food vendors, and nine detainees were minors.

It was also reported that all were taken to different police agencies in the area, including eight to the Phaholyothin police station, 21 to the Narcotics Suppression Bureau, and 24 to the Don Mueang police station.

TLHR also said officers had arrested 25 volunteer doctors, who were held at the Royal Thai Army Band Department headquarters before being taken to the Din Daeng Police Station.

However, they were released around 1:40 a.m. Sunday without charges. Volunteer doctors were asked to register with the metropolitan police to work in protest places as long as they did not leave their residents after the curfew.

Lawyers tried to meet with the detained doctors at the Din Daeng Police Station but were denied entry.

Police claimed that volunteers were unable to see lawyers as they were not being charged. Officers also prevented legal teams from staying outside the police station, citing safety reasons.

Lawyers could meet with volunteer medics around 12:35 a.m. in the police station building surrounded by razor wire and guarded by armed officers in bulletproof vests.

Officers reportedly fired tear gas at nearby houses and apartment buildings. According to the media, they also threatened to arrest residents who approached the protest site and asked the police to leave the community.

The Din Daeng 1 apartment building’s windows and walls were damaged, forcing residents to leave their homes and take shelter elsewhere.

Journalists at the protest site also reported that police officers tried to limit coverage over the clash.

Security agents allegedly threatened reporters, saying they would charge them with violating the Emergency Decree.