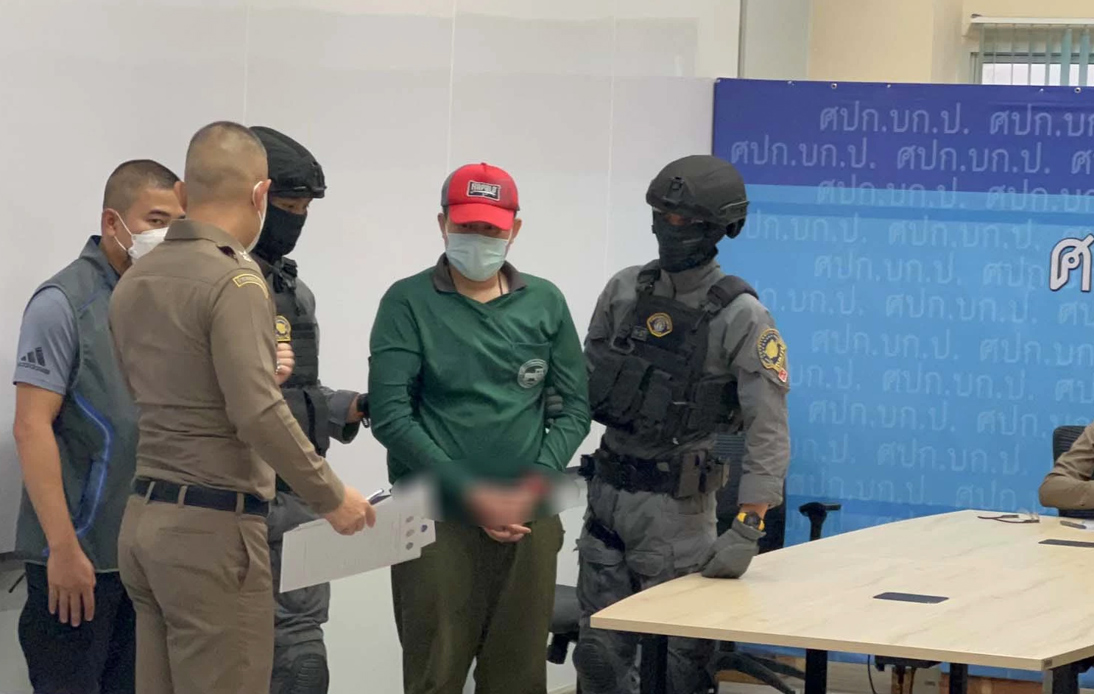 Thai police have arrested a suspected accomplice in the murder of a Thai couple in Taiwan on Sunday night.

The suspect, identified as Thanawat Poomkhemthong, was detained by officers from the Crime Suppression Division at a house in Tambon Dong Mun, Kalasin province’s Nong Kungsi district, on a charge of premeditated murder.

A police source stated on Sunday that the Criminal Court had issued arrest orders for Mr. Thanawat and another alleged perpetrator, Samart Sae Lee.

The three are allegedly involved in the murder of Prasert Norat, 32, and his wife Potjanee, 35, who was five months pregnant with twins.

Mr. Santi underwent initial questioning on Friday but denied killing the couple, saying that Mr. Prasert and Ms. Potjanee had been murdered by a Taiwanese mafia gang.

However, the police continued interrogating him during the night, and he reversed the statement, confessing that he and two other citizens killed the Thai couple. The two other people were later revealed to be Mr. Samart and Mr. Thanawat.

Mr. Santi, who is wanted in Taiwan for the crime, confessed that they had killed Mr. Prasert and Ms. Pojanee over a dispute involving a drug deal. The other two suspects returned to Thailand on June 11, he added.

According to Pol Lt Gen Jirabhop Bhuridej, the commissioner of the Central Investigation Bureau (CIB), Mr. Thanawat later admitted he had colluded with Mr. Samart and Mr. Prasert to assassinate Mr. Prasert and his pregnant wife in Taiwan.

The victims’ bodies were found in a BMW X4 parked outside the Taoyuan high-speed rail station near Taipei on June 12.

Security camera footage showed Mr. Santi meeting the couple just four days after and driving the BMW to the train station in the early hours of June 9. The suspect flew to Thailand later that day and traveled to Chiang Mai, where he remains in detention for 12 days awaiting indictment, after landing at Suvarnabhumi airport.