Thai Taekwondo Gold Medallist To Be Greeted in Phuket Today 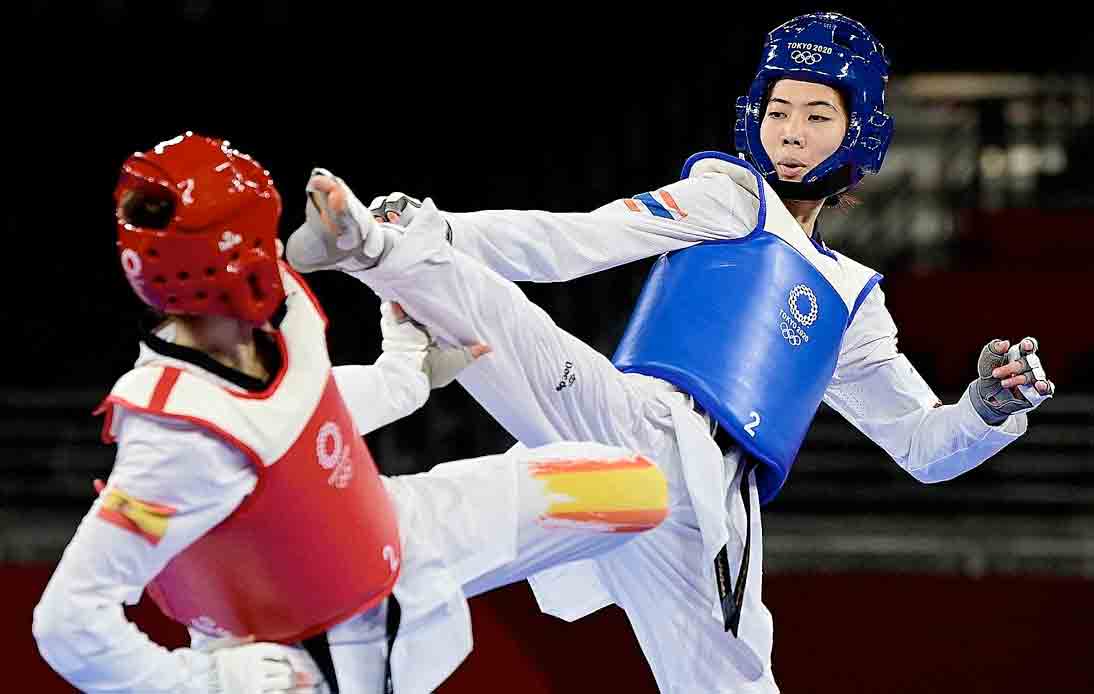 Panipak’s uncle Sayant Wareearunroj said Sunday that his niece would arrive in Phuket today on a Singapore Airlines flight SQ726.

She would stay on the tourist island for two weeks, complying with the required conditions of the sandbox scheme.

The taekwondo heroine’s father, Sirichai, other family members and supporters will wait at the airport to welcome Panipak home.

Local media reported that the flight would arrive in Phuket from Singapore, expecting to disembark around 9:15 a.m.

Surat Thani native Panipak will celebrate her 24th birthday on the last day of her quarantine in Phuket on August 8, her uncle said.

On Saturday, she won the gold medal with a last-gasp kick at Adriana Cerezo Iglesias in the women’s 49kg final, just five seconds before the match finished.

Panipak, also known as Tennis, was trailing the Spanish teenager 10-9 at the time.

But the so-called “golden kick” allowed her to become an Olympic champion after an 11-9 victory in a highly contested match.

She gave her kingdom its first gold medal at the delayed Tokyo 2020 Games. Her triumph also represented the first-ever gold medal in taekwondo for Thailand.

After the match, she dedicated the medal to all Thais, saying that she hoped it would bring them happiness as the Covid-19 hits the country.

She thought about leaving the Korean martial art after returning home but decided to continue and get a new chance to win the Olympic gold medal two months later.