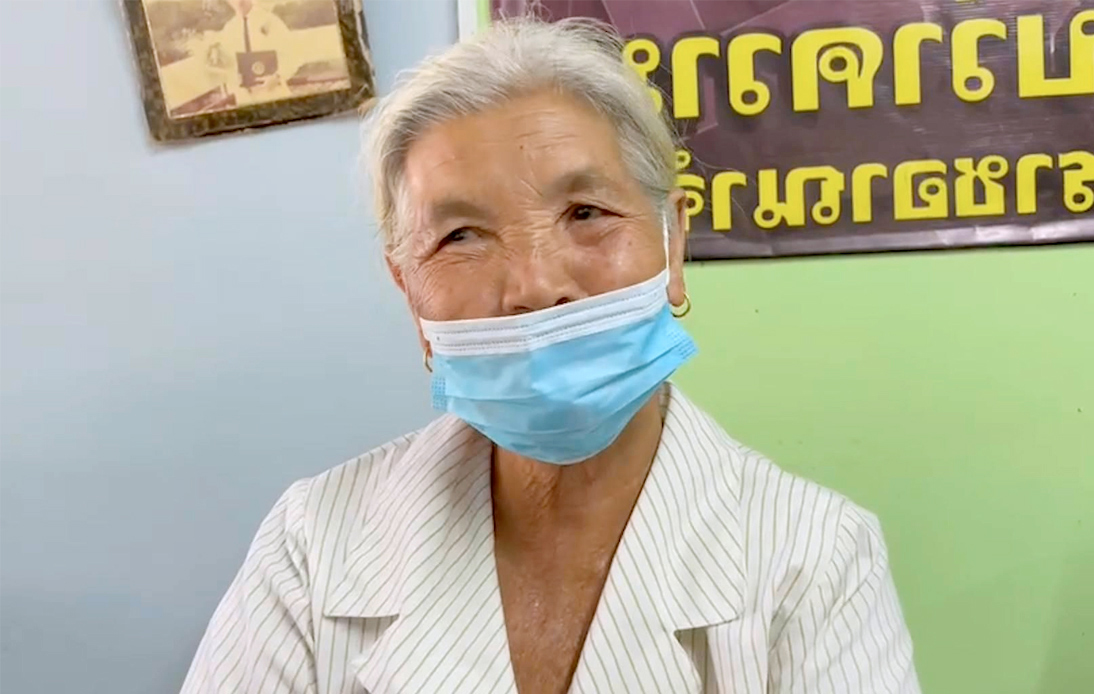 A 70-year-old woman accidentally received two AstraZeneca doses from a vaccination center in the Muang district on Saturday.

Ms. Somwang Jukul expected to get a second Covid-19 shot after receiving an initial Sinovac dose on July 24. But health workers mistakenly gave her two jabs the same day.

A man posted a photo of the elderly woman on Facebook, writing: “The only one in Buri Ram. Grandma Somwang Jukul received two shots of AZ at the same time on Aug 14.”

“This morning a health official called and asked about her conditions out of concern. She is doing well. Thanks all for showing care for her,” the post read.

She later spoke to a reporter at her home in Tambon Sadao, Nang Rong District.

In the interview, Ms. Somwang told Thai media that she went to the vaccination center in Muang District with her husband, son, and another relative.

All of them received a Sinovac dose last month and were scheduled to get a second jab, this time AstraZeneca.

Medical personnel ordered them to go through a document, blood pressure, and temperature control check. The group then went to a vaccination area at the facility.

After being called, each one went separately to tables where nurses administered Covid-19 shots.

Ms. Somwang said she waited a while on the table after getting a shot on her right arm as instructed.

As she was leaving, another nurse at another table called her over and asked her to sit down. With no questions, the nurse administered another dose to her left arm.

The 70-year-old said she thought everything was in order and she didn’t know that there was possibly any mistake made.

Once outside the vaccination zone, she met with her son and told him she received two shots instead of one.

Shocked, her son Boonsong Jukul asked her if she was feeling well and decided not to return to inform the medical staff because her mother did not show any unusual symptoms.

Ms. Somwang said she did not develop severe symptoms. She just had a mild fever, drowsiness and tiredness after being vaccinated twice.

But Mr. Boonsong later called the provincial public health office by phone to report the situation.

He said officials called back frequently to check on his mother’s condition, adding that he had not considered filing a complaint.

Dr. Jeerasak Thipsunthornchai, deputy health chief of Buri Ram, later explained that a misunderstanding had occurred as the woman had not walked to the monitoring area after receiving the first shot on Saturday.

However, he assured that inoculation procedures would be improved to prevent similar incidents.