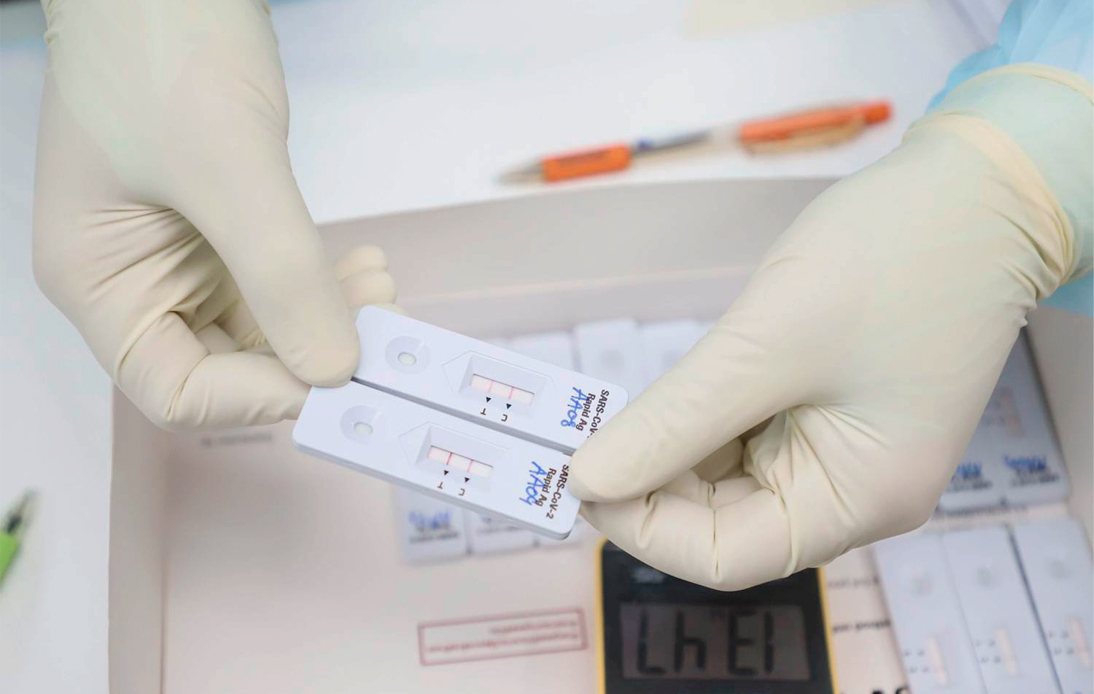 The figures were higher than those recorded the day before when health authorities informed about 14,822 new infections and 20 fatalities.

Taweesilp Visanuyothin, a spokesman for the Center for Covid-19 Situation Administration (CCSA), said the recent case toll included 14,925 infections in the general population, 135 among inmates, and 182 imported cases.

The latest official reports also showed that the 128 imported cases had included 58 from Russia, 10 from Myanmar, nine from Germany, eight from Israel, and eight from the UK.

Dr. Taweesilp said the CCSA’s director, Prime Minister Prayut Chan-o-cha, was concerned about the new infections detected in ten provinces, especially over the 3,000 cases found in the capital, and had urged the provincial authorities to ramp up efforts to control the disease.

As tourism reactivates, Thailand receives more foreign visitors and the possibility of detecting cases among arrivals increases. About 50% of the new imported infections were reported in tourism pilot areas, but the country’s authorities have defined measures to prevent the virus’ further spread, the CCSA spokesman added.

In response to the rapid rise in new cases, the government has considered tightening anti-Covid measures on Valentine’s Day and the Songkran holiday period.

Gen Supoj Malaniyom, head of operations at the Center for Covid-19 Situation Administration (CCSA), met with other officials to discuss the rise in coronavirus infections. A source said all attendees had raised concerns about the high daily figures.

A Friday CCSA meeting, chaired by the Prime Minister, will consider stricter controls and restrictions to curb the spread of Covid-19.

Deputy Prime Minister and Public Health Minister Anutin Charnvirakul said he would update the Covid-19 situation at the CCSA’s Friday meeting. Still, he insisted that Thailand should try to coexist with Covid now that many vaccinated people are asymptomatic or develop mild symptoms, and the death toll has decreased.

Mr. Anutin would also propose to exclude from the Universal Coverage for Emergency Patients (Ucep) scheme, which lists Covid-19 as an emergency disease and allows patients to seek free treatment in private or state hospitals. But he clarified that the government would continue to subsidize related expenses through the gold card universal health scheme and social security health benefits.